Air connectivity to Shimla to be restored on September 26 : The Tribune India

Air connectivity to Shimla to be restored on September 26 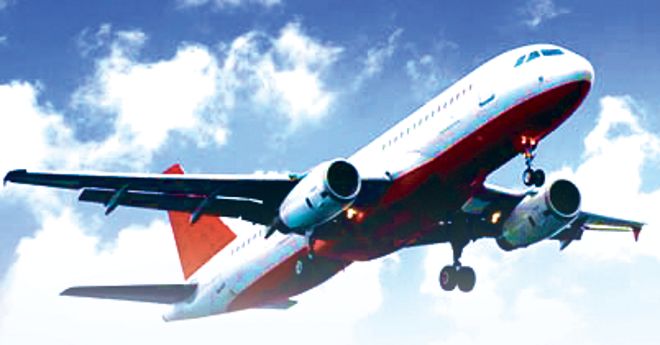 Air connectivity to the state capital will finally be restored after two-and-a-half years as Alliance Air Aviation Ltd will launch its Shimla-Delhi-Shimla flight from September 26.

The flights from the Jubbarhatti airport, near here, were to be restored earlier on September 6 but owning to inclement weather conditions, the plans had to be put on hold. “The flight will depart from Delhi at 7.10 am and arrive in Shimla at 8.20 am on September 26. The flight will return from here at 8.50 am and land in Delhi at 10 am the same day,” revealed Yash Vardhan Singh, Alliance Air Aviation Ltd Deputy Engineer (Marketing). Singh said that Alliance Air feels proud to be part of Prime Minister’s initiative of vision of Atmanirbhar Bharat. “Dekho Bharat ke rang, Alliance Air ke sang, is our mission,” he said.

Though the introductory all inclusive fares for Delhi-Shimla and Shimla-Delhi flight has been fixed at Rs 2,141 it is likely that the amount will increase in near future. The timing of the launch of the flights by Alliance Air is appropriate as it coincides with the start of the festival season like Navratras, Dasehra and Diwali.

Amit Kashyap, Director Tourism and Civil Aviation, said all formalities like conduct of the trial flights had been completed. “The resumption of the flights from Shimla will help give a major boost to tourism, especially in Shimla, Kinnaur and adjoining areas,” he said.

Shimla is perhaps the only state capital in the country which does not have air connectivity for the last more than two years despite boasting to be an international tourist destination. Even prior to the discontinuation of the flights from Shimla in February 2020, the air connectivity was highly erratic and unreliable.

Plans of the Tourism Department to get the runways of its three airports at Bhuntar in Kullu, Gaggal in Kangra and Jubbarhatti in Shimla extended have failed to fructify. The limited length of the airstrips is a major hindrance for landing of bigger aircraft. The increased length of the airstrip would help in bringing down the fare, which at times is exorbitant.

The huge cost involving land acquisition and diversion of river to pave way for the expansion of the airports are the major reasons for the runway extension plans not materializing for the last 15 years.