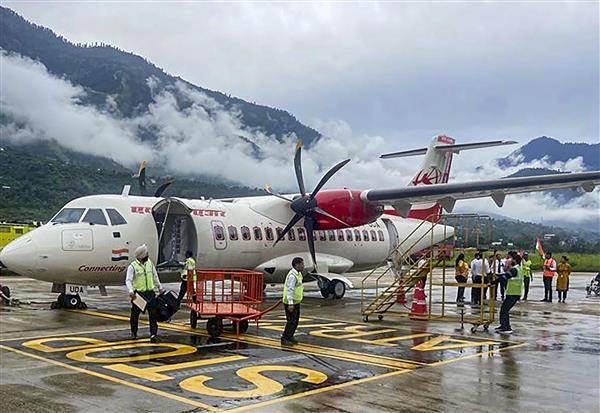 A newly inducted ATR-42 600 series aircraft of Alliance Air after its landing at the Bhuntar Airport, in Kullu, on Tuesday, August 16, 2022. PTI

Flights on Tuesday started from New Delhi and Chandigarh to Bhuntar airport in Himachal Pradesh’s Kullu.

In the first flight, 32 passengers landed at Bhuntar Airport in an ATR-42 aircraft.

After that 17 passengers took flight from Bhuntar to Chandigarh-Delhi.

Earlier, these services were to start from Monday, but due to bad weather the plane could not take off.