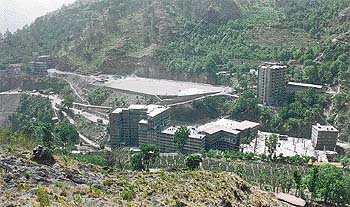 The Akal Academy at Baru Sahib in Sirmaur district has been declared a micro-containment zone after 18 cases came to the fore in the past 24 hours. File photo

The Akal Academy at Baru Sahib in Sirmaur district has been declared a micro-containment zone after 18 cases came to the fore in the past 24 hours.

Deputy Commissioner, Sirmaur, RK Gautam, said a section of the Akal Academy had been declared a micro-containment zone after Covid cases were detected there.

As many as 85 persons were tested of whom 18 were positive today. They comprised 16 students of Class XII and two teachers. As many as 25 staffers will be tested tomorrow to rule out further spread.

Sub Divisional Magistrate, Pacchad, Shashank Gupta said the management had been directed to close the academy and send all students home.