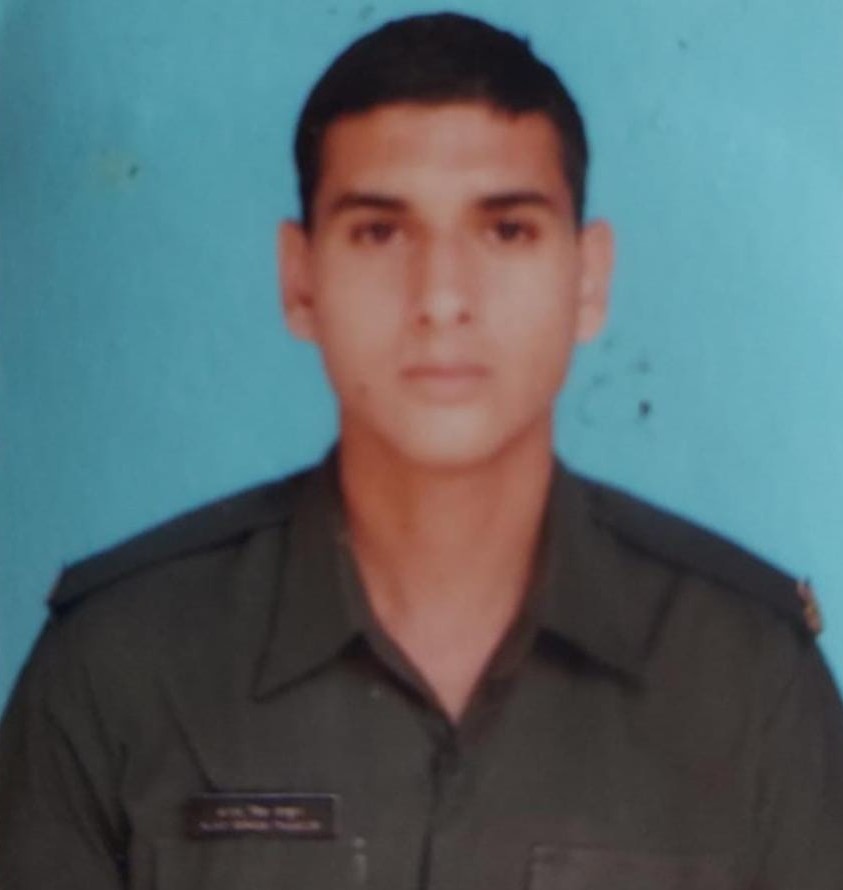 Sepoy Kamal Dev Vaidya lost his life in an accidental mine blast while on an operational duty at Krishna Ghati sector of Poonch district in J&K on Friday night.

While moving during the duty, Sepoy Vaidya was critically injured in the accidental blast. He was immediately evacuated to the nearest medical facility where he succumbed to his injuries.

Ghumarwin village plunged into mourning after the news of his death reached his family.

A large number of people gathered at the jawan’s residence and raised anti-Pakistan slogans.

Former chief minister PK Dhumal also offered condolences to Vaidya’s family and said the jawan’s contribution to the nation will always be remembered.

He is survived by mother Vanita Devi. —with PTI