As winter sets in, water level in major dams remains below normal

In Punjab, the available storage is 26 per cent below normal 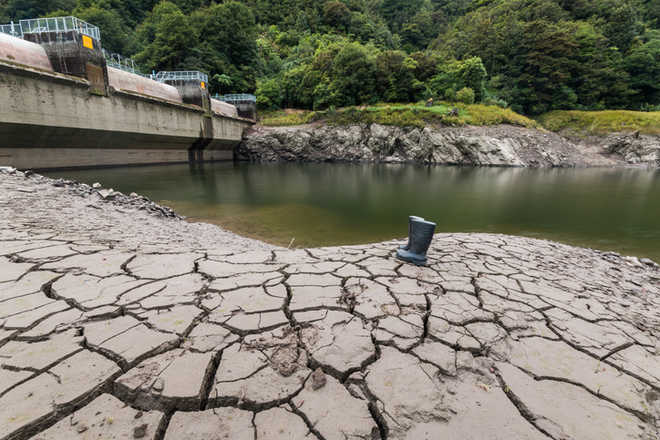 As winter starts to set in the Himalayas where the catchment areas of major dams lie, the water level in crucial reservoirs in the region, that depend on snowmelt and rain, remains noticeably below normal.

The depletion period for the dams begins in October and continues till May.

During this period, inflows are drastically reduced as there is negligible snowmelt. Night temperatures in high altitude areas are already below freezing point.

While the total storage capacity in Punjab is 2.34 billion cubic meters (BCM) the present water availability is 1.29 BCM.

In Himachal, 8.40 BCM is currently available against the total capacity of 12.48 BCM.

There is another reservoir in Himachal at Kol Dam, upstream of Bhakra, but its storage capacity is minuscule as compared to the other reservoirs.

The reservoir at Thein Dam is presently filled up to just 55 per cent of its total capacity as compared to 85 per cent at this time last year and an average of 74 per cent over the past 10 years.

The water level recorded at Bhakra Dam on October 15 was 512.83 meters against the maximum permissible level of 527.91 meters.

The water level recorded at Bhakra Dam was 501.51 meters against the upper limit of 512.06 meters.

This translates to the currently available storage being 65 per cent of its total capacity. This was 83 per cent at this time last year and an average of 86 per cent over the past 10 years.

At Pong Dam, the level was 416.99 meters against the upper limit of 423.67 meters, resulting in the present storage being 69 per cent of the total capacity.

The below normal water level in reservoirs comes in the wake of the monsoon, which ended in September, being deficient in the region this year by about 18 per cent. Even the first fortnight of October has gone dry.

Whereas the normal rain for Himachal is 15.9 mm for the period from October 1—15, no rain has been recorded by the India Meteorological Department.

The same is the case with Punjab and Haryana, which are supposed to get around 5.3 mm and 6.1 mm rain, respectively during this period.