Atal Tunnel makes it to World Book of Records : The Tribune India

Atal Tunnel makes it to World Book of Records

Recognised as the longest tunnel in the world above 10,000 feet 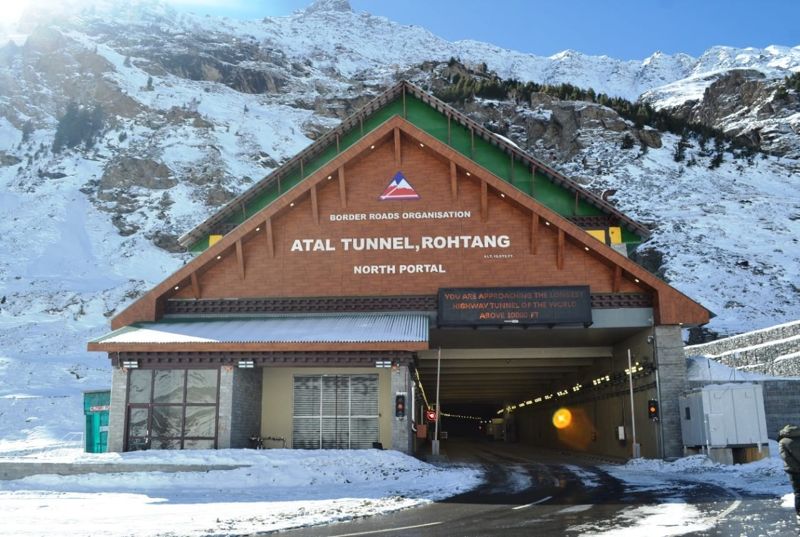 The north portal of the Atal Tunnel at Rohtang. File photo

The 9.02 km Atal Tunnel at Rohtang, located at an altitude of more than 10,000 feet and connecting Manali with Lahaul, has been recognised by the World Book of Records, London, as the longest highway tunnel in the world at this height. A Border Roads Organisation (BRO) spokesperson said that a certificate had been received from the World Book of Records that the Atal Tunnel is the longest tunnel in the world at an altitude of above 10,000 feet.

The south portal of the tunnel is located at Dhundi, near Manali, at a height of 9,840 feet while the north portal at Sissu in the Lahaul valley is located at a height of 10,171 feet. The tunnel has reduced the distance between Manali and Keylong by 46 km, saving over two hours of travel time and providing all weather connectivity.

Strabag Afcons Joint Venture had constructed the tunnel in 10 years at a cost of Rs 3,200 crore. It is the world’s first tunnel having 4G internet connectivity. There are CCTV cameras at every 60 metres in the tunnel and surveillance is done through the control room. Emergency exit doors have been installed in the tunnel at every 150 metres.

Any person can open this door and quickly communicate with the control room with one-touch panic button. The emergency exit door also opens the way for the escape tunnel after every 500 metres, which is built just below the main tunnel.

In case of damage to the main tunnel, an escape tunnel has been made as an alternative means to evacuate people, one end of which opens in the north portal and the other in the south portal. The tunnel was dedicated to the public by Prime Minister Narendra Modi on October 3, 2020.