Bilaspur-Chandigarh travel time to reduce by over 1 hour : The Tribune India 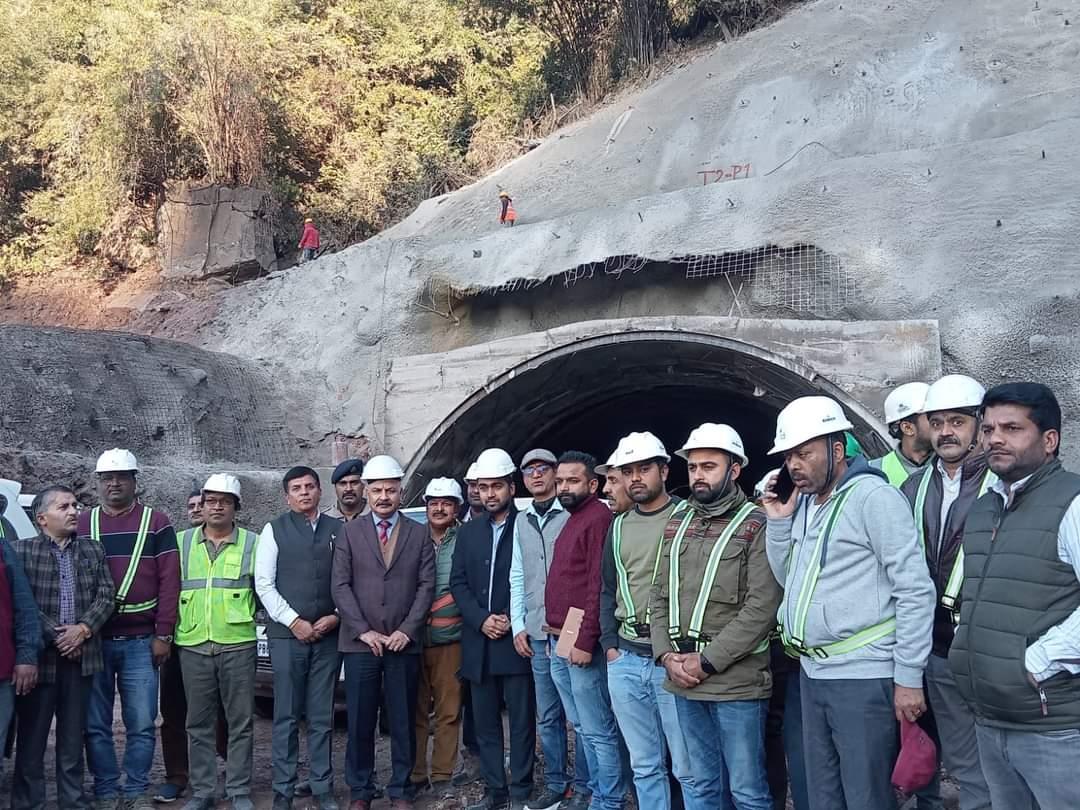 The Hamirpur DC with the construciton team at Mehla-Narli tunnel in Bilaspur. Tribune Photo

The north and south portals of the last and smallest tunnel between Sundernagar and Kiratpur Sahib on the highway at Mehla-Narli in Bilaspur district were connected yesterday. It is expected that the stretch will be opened to traffic in April 2023. This section of the highway was expected to be completed in 2024 but due to the fast pace of ongoing work, it could be completed about an year early.

Mandi-Chd Distance to cut by 40 km

The company that is executing the work claims that the construction of this section will be completed in three months. The tunnel construction is being done by Bharat Construction India. There are five tunnels on this section, including at Kainchi More (1,800 metre), Mehla Narli (465 metre), Tunnu (550 metre), Teehra (1,265 metre) and Bhawana (750 metre).

Pankaj Rai, DC, Bilaspur, said the construction of the highway was monitored on a daily basis and it was expected that the highway would be opened by April.