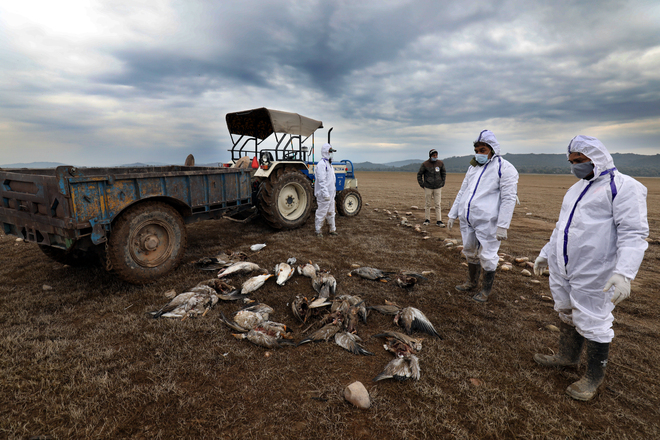 Rural Development and Animal Husbandry Minister Virender Kanwar said there were five poultry farms in Jwali, Fatehpur, Indoar and Nurpur areas of Kangra. In case, bird flu virus was detected in the samples, the entire poultry stock would have to be culled, he said.

The Animal Husbandry Department, along with other departments concerned, has constituted 17 teams to keep a check on the quality of poultry being brought into the state from the Bilaspur border.

Meanwhile, rapid response teams (RRT) have been pressed into service for the collection and safe disposal of dead birds in the Pong area where the outbreak of bird flu has been confirmed through lab reports. In all, 2,736 migratory birds have died in the Pong area so far.