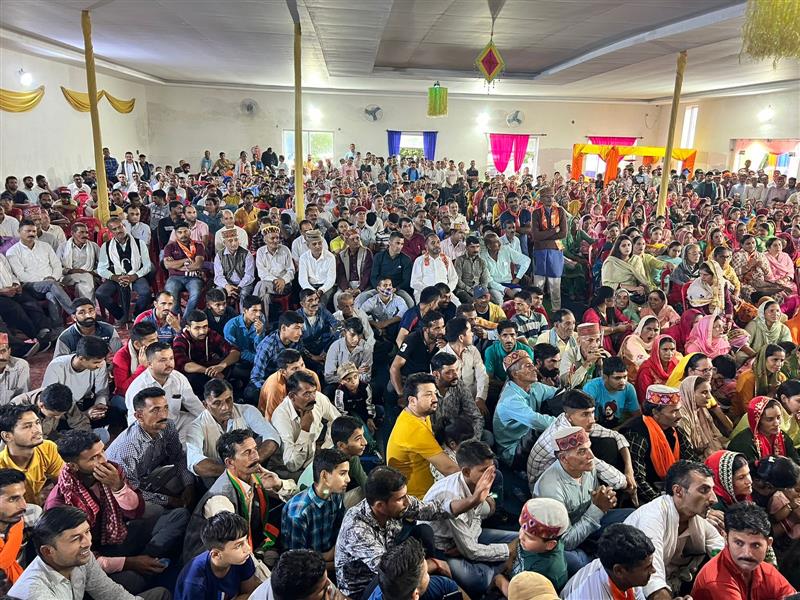 A 'Gaddi sammelan' being organised at Bhadwar in Nurpur.

The local BJP Scheduled Tribe (ST) unit organised a ‘Gaddi Sammelan’ at Bhadwar near here on Sunday. Lok Sabha MP Kishan Kapoor, who was the chief guest on the occasion, appealed to the Gaddi community to support the BJP in the coming Assembly election.

Kapoor said the Atal Bihari Vajpayee-led Union Government had accorded ST status to the people of Gaddi community settled in low lying areas of the state. Former Chief Minister Shanta Kumar had also played an important role by pleading the community’s case with the Centre, he added.

Pathania said an ST bhavan was being constructed in Nurpur Assembly constituency for the community residing in the area.