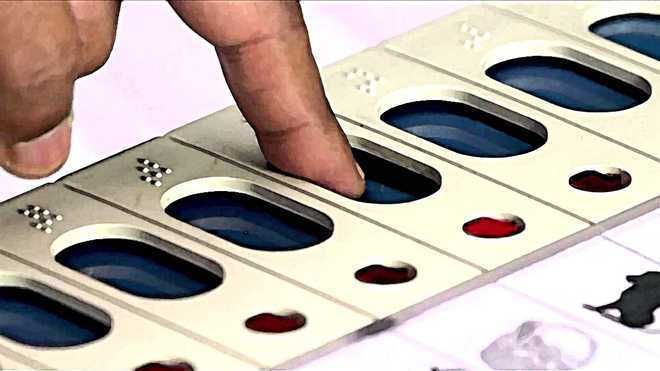 All 68 BJP candidates of the 2017 Assembly polls, including ministers and MLAs, will have to submit their report card to the party high command, listing their achievements and the yet-to-be-fulfilled promises before the 2022 poll.

As the BJP regime completed its three years yesterday, the blueprint for the 2022 polls is already in place to ensure the “Mission Repeat.” With the ruling party already being in the election mode, the high command is keen that the promises should be fulfilled before seeking votes again for the formation of the government.

Newly appointed BJP in-charge and co-in-charge Avinash Rai Khanna and Sanjay Tandon held marathon meetings with ministers, MLAs and party office-bearers in the last two days to get their feedback on the shortcomings and what all need to be done to ensure the BJP’s victory again. BJP state president Suresh Kashyap, general secretary Trilok Jamwal and Urban Development Minister Suresh Bhardwaj remained present during the meetings.

Khanna admitted that in every organisation, there could be differences of opinion but these could be easily ironed out across the table.

“The three-year performance of the BJP regime is full of achievements and the party cadre is enthused and already preparing for the next Assembly polls,” he said.

Tandon said the party would launch a Jan Sampark programme in all 91 booths in 18 wards of the Shimla Municipal Corporation. “We have asked all leaders and workers to remain active on the social media also so that they could keep themselves updated about the welfare schemes announced by the Centre and the state,” added Tandon.

Reacting to the volatile situation in Punjab, Khanna said the attacks on BJP leaders by farmers reflected the failure of the Congress government in Punjab. “We do not blame the farmers for it but the Amarinder government as maintaining law and order is the responsibility of state government,” he said. He reiterated that the BJP had, in no way, misread the situation as the laws were in the interest of farmers, who were being misled by vested political interest.