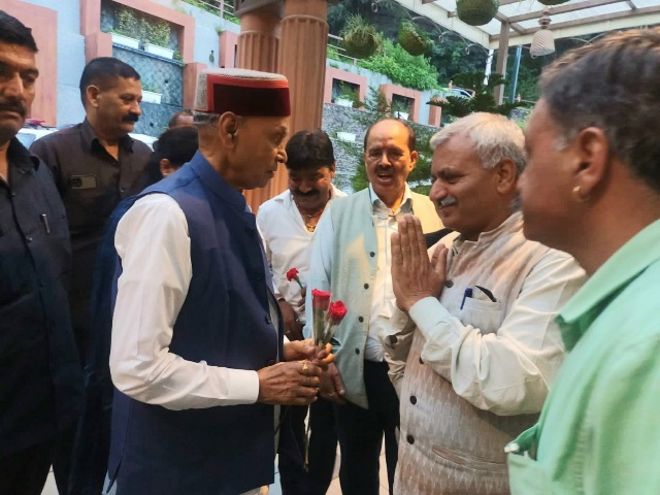 Aimed at galvanising the BJP and all associated organisations for the Assembly poll, the RSS meeting was attended by BJP national vice-president Saudan Singh, Chief Minister Jai Ram Thakur and state BJP president Suresh Kashyap here. Representatives of 27 organisations, including the BJP, the VHP, the ABVP, the Bharatiya Mazdoor Sangh and the Himachal Kisan Sangh were present.

The meeting of the core group of the BJP, attended by all senior leaders, including the CM, the BJP state president, former CM PK Dhumal, MPs and senior party functionaries, was held later in the evening.

The Chief Minister and the BJP chief spent the entire day, from 8 am to 4 pm, at Saraswati Vidya Mandir in Vikasnagar at the call of the RSS for a coordination meeting. Organisational secretary Pawan Rana and Rajya Sabha MPs Indu Goswami and Sikander Kumar also attended the meeting. Union Minister Anurag Thakur skipped it due to a Cabinet meeting.

Even as the RSS said it was a routine meeting, importance is being attached to it. “This kind of a meeting was held after more than two years due to Covid. The programmes to be organised in September 2022 as part of Amrit Mahotsav were discussed,” said an RSS spokesperson.