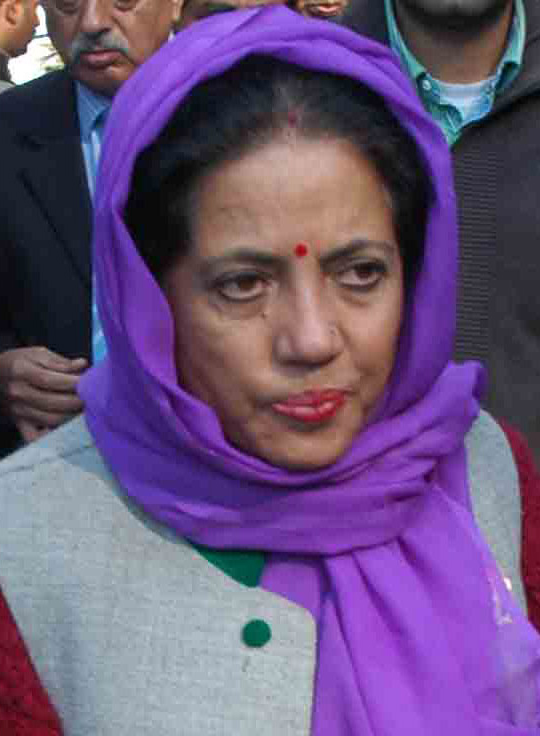 In a statement issued here today, she said Prime Minister Narendra Modi was trying to mislead the people of the country on the issue of construction of the Rohtang tunnel.

“Sonia Gandhi laid the foundation stone of Atal tunnel on June 23, 2010, but it is very unfortunate that today the names of Congress leaders Indira Gandhi, Rajiv Gandhi, Dr Manmohan Singh and Sonia Gandhi, who played an important role in the construction of this tunnel, are not even mentioned,” she remarked.

Pratibha said the Chief Minister cannot mislead the people by making false claims. “It is very unfortunate that the BJP is today trying to tamper with the history of the country to serve its political interests,” she alleged.

She said by removing the foundation stone of Atal tunnel laid by Sonia Gandhi, the BJP governments at the Centre and in Himachal have exhibited their petty mentality. She said that the tribal area of Lahaul Spiti and the people of the state are well aware of the facts and the contribution of Congress leaders in making the dream of an all-weather tunnel a reality.

She said in case the BJP Government does not restore the foundation stone laid by Sonia Gandhi, Congress, on returning to power in Himachal, would restore it. She said nobody, not even the ruling party had the right to tamper with history to get undue credit.

By removing the foundation stone laid by Sonia Gandhi, the BJP governments at the Centre and in HP have exhibited their petty mentality. Pratibha Singh, state Cong president