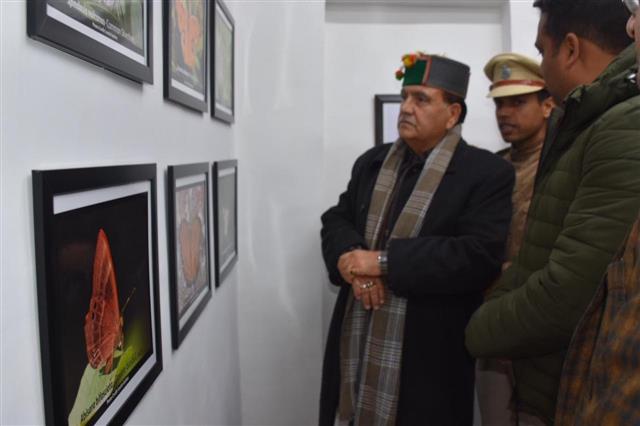 Vidhan Sabha Speaker Kuldeep Singh Pathania inaugurated a museum at Sihunta in Bhattiyat forest range of Chamba district today. It is one of a kind museum in the state having various species of butterflies.

Pathania said that according to the Forest Department, about 120 species of butterflies are found in the Bhattiyat forest range.

The Speaker said that it was good news that 57 species of butterflies had been found in the Bhattiyat forest range. He added that the photographs of different species of butterflies kept in the museum would provide information about the local biodiversity to researchers as well as tourists. Such activities would give a boost to tourism and also increase the income of people.

DFO, Dalhousie, Kamal Bharti told the Speaker that the photographs of all 57 discovered species of butterflies had been compiled in the forest museum.

Bharti said that one of these butterflies was included in the Schedule-1 of the Wildlife Protection Act, 1972.