The policy aims at curbing drug trafficking, substance abuse, cultivation, production and consumption of drugs in the state 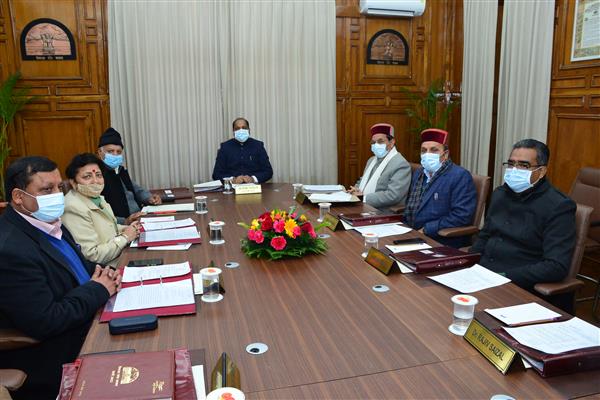 It also gave approval to engaging M/s Krsnaa Diagnostic Private Ltd, Pune, the successful L-1 bidder offering the maximum discount of 40.50 per cent on the IGMC-RKS/CGHS rates for providing diagnostic services up to the Community Health Centre (CHC) level. Till now, laboratory services in the state are being provided at 24 health institutions only. The decision would facilitate patients in getting diagnostic facilities on their doorsteps.

The Cabinet also gave nod to establishing a subdivision of the Public Works Department (PWD) at the Himachal Bhawan, New Delhi, along with filling nine posts of different categories. It decided to partially amend its decision of January 14 to open a new division of the PWD at Shahpur in Kangra by including three sections—Chairi, Gaggal and Rajaul— in Gaggal subdivision.

The Cabinet also decided to enhance the annual income limit for availing the benefits of various pension schemes of the Social Justice and Empowerment Department from Rs 35,000 to Rs 50,000 per annum. This would benefit about 78,158 additional beneficiaries.