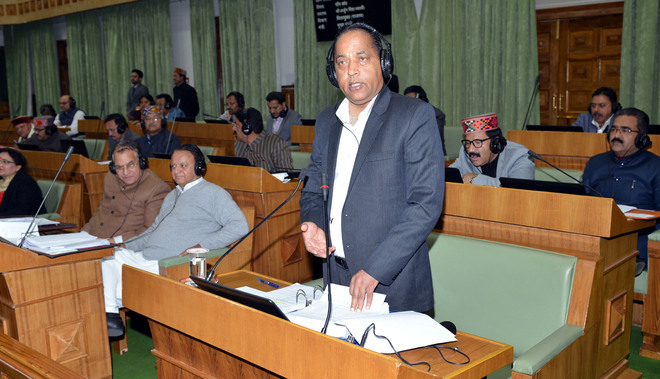 Chief Minister Jai Ram Thakur tabled the Comptroller General of India (CAG) report in the House today that painted a grim picture of the financial health of Himachal Pradesh.

According to the CAG report, the overall debt burden of the state has increased to Rs 51,030 crore in the last financial year, an increase of 8 per cent over last year. The fiscal liabilities of the state now stand at 37.55 per cent of the GDP and 1.86 times the total revenue receipts.

It points out that the state is on a fiscal correction path but it hasn’t yet amended the Fiscal Responsibility and Budget Management (FRBM) Act, as recommended by the 14th Finance Commission.

The report states that the Union Government is directly transferring funds to the tune of Rs 901 crore to the implementing agencies in spite of the decision to route it through the state budget.

It says that the total expenditure (Rs 31,312) of the state has decreased by 3 per cent (Rs 821 crore) during the previous financial year primarily on account of disbursement of loans to the tune of Rs 2,890.50 crore to discoms (distribution companies) under the UDAY Scheme during 2016-17.

The report also points to delays in the submission of utilisation certificates for grants by various government departments.

A large number of autonomous bodies did not prepare their final accounts for a considerable period and as a result their financial position could not be assessed, the report adds.