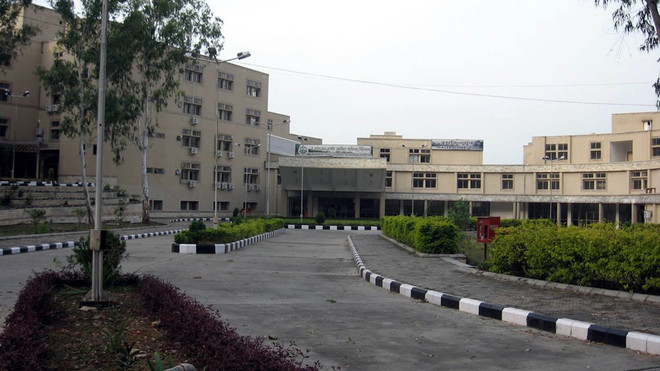 Patients suffering from cancer in Kangra district are not getting treatment in Tanda medical college, the only facility for the patients in the lower Himachal region.

Many patients from Chachian, Mainjha and Kalund villages in the district had yesterday met Deputy Commissioner Rakesh Prajapati, along with their panchayat representatives, and demanded that the unit in the hospital should be restarted at the earliest.

The super-specialty wing has been lying closed since last month. The wing caters to cancer, cardio and neuro patients. However, it was converted into a Covid hospital.

The patients alleged that they were undergoing chemotherapy in the Tanda medical college. But they have not been able to complete their treatment as the facility has been closed. Many patients feared that a break in their chemotherapy can be life-threatening.

Principal of Tanda medical college Dr Bhanu Awasthi said that the treatment of cancer patients in the institute had been stopped temporarily due to Covid cases. Last year, they continued giving treatment to cancer patients even when the PGI had stopped its facilities.

He said that the cases in Kangra district were now coming down and if the situation improves, they will be able to open the super-specialty wing soon. If some patients require immediate chemotherapy, they can go to the Indira Gandhi Medical College (IGMC) and Hospital, Shimla, he added.

Om Prakash, a patient at Tanda medical college, however, said that the decision of the district authorities to convert the hospital into a Covid hospital had deprived many patients suffering from various morbid diseases of treatment.