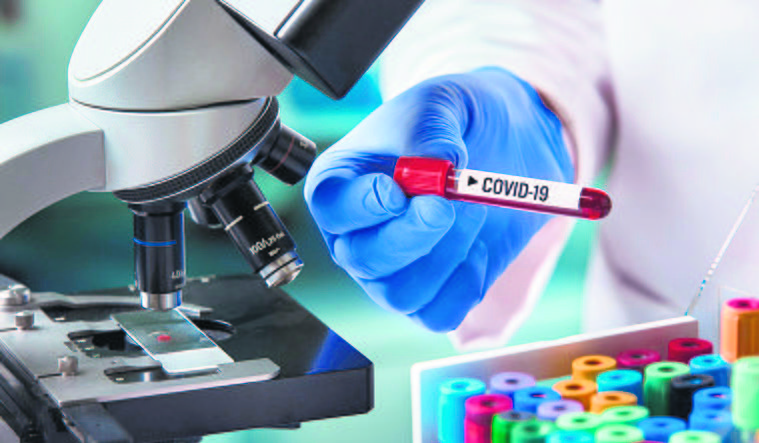 Mandi and Lahaul-Spiti in Himachal Pradesh are among 67 districts with highest Covid positivity rate in the country, indicating a rapid disease transmission.

Mandi and Lahaul-Spiti in Himachal Pradesh are among 67 districts with highest Covid positivity rate in the country, indicating a rapid disease transmission.

All Kerala districts in red

With the active caseload rising nationally for the sixth straight day on Monday to reach 3,76,324, the Centre is focusing principally on 37 districts with higher than 10 per cent positivity (defined as the proportion of persons who test positive for Covid) and 30 districts with a positivity between 5 and 10 per cent. Mandi and Lahaul-Spiti have positivity rate of 5.29 per cent and 8.64 per cent.

AIIMS experts have repeatedly urged the policy makers to ensure strict containment in areas with 5 per cent-plus positivity rate.

The most alarming scenario currently is building up in the Northeast and Kerala. The good news is—667 districts of India have less than 5 per cent positivity.

Of the 37 districts with more than 10% positivity rate, two are in Arunachal—Dibang Valley with an alarming 74.07 per cent rate tops the country while Pakke Kessang has a rate of 24.32%.

All of Kerala’s 14 districts are in the red zone with over 10% rate of positivity with Thrissur and Wayanad posting a rate over 20%.

Other states housing districts with higher than 10 per cent rate are Manipur six, Meghalaya and Mizoram five each; Assam, Puducherry (Mahe), Rajasthan (Hanumangarh) and Sikkim (South district) one each.

Among the 30 districts with 5 to 10% positivity rate, seven are in Manipur, six Arunachal, five Assam, four Mizoram and one each in Andhra Pradesh, Maharashtra (Pune), Meghalaya, Nagaland, Odisha and Sikkim.