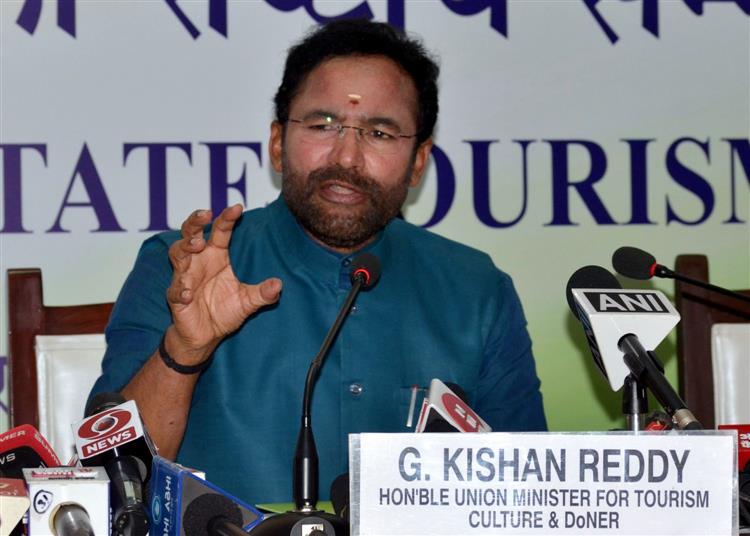 Union Minister for Tourism G Kishan Reddy said that the Union government was planning to give a fillip to tourism that had been badly hit by Covid pandemic. - File photo

The three-day national conference of tourism ministers from various states concluded here today. Emphasis was laid in the conference on new tourism policy that the Union government would unveil before the next Budget.

Union Minister for Tourism G Kishan Reddy said that the Union government was planning to give a fillip to tourism that had been badly hit by Covid pandemic.

Six themes, namely adventure, religious, nature, weekend, rural and tribal, have been identified to promote tourism in the state. The government is trying to promote new tourist destinations. Efforts are being made to promote eco and adventure sports. Jai Ram Thakur, Chief Minister

He underlined the vision of the Union government regarding the promotion of domestic tourism and attracting international tourists.

Reddy proposed that like the NCC, youth clubs should be formed to promote tourism. He said that tourism was a state subject and the Union government could only act as a facilitator for its promotion. He added that the Union government in the new policy would propose tourism circuits as temple circuits and Himalayan and heritage circuits to tourists coming to India.

Chief Minister Jai Ram Thakur, who also holds tourism portfolio, said that six themes, namely adventure, religious, nature, weekend, rural and tribal, had been identified to promote tourism in the state. He added that the government was trying to promote new tourist destinations under the ‘Nai Rahein Nai Mazilen’ scheme. “Efforts are being made to promote eco and adventure sports,” he said.

The tourism ministers of various states, who participated in the event, gave their presentations regarding their vision for the promotion of tourism and ideas that they wanted to be included in the new tourism policy of the Union government.

The general secretary of the Smart City Hotel Association of Dharamsala said that the organisation of the national-level conference on tourism was a welcome step. He added that the state government should involve the stakeholders to submit a concrete proposal before the Union government unveils the new tourism policy. Unfortunately, the stakeholders of the tourism industry were not involved in making a presentation at the conference, he said.