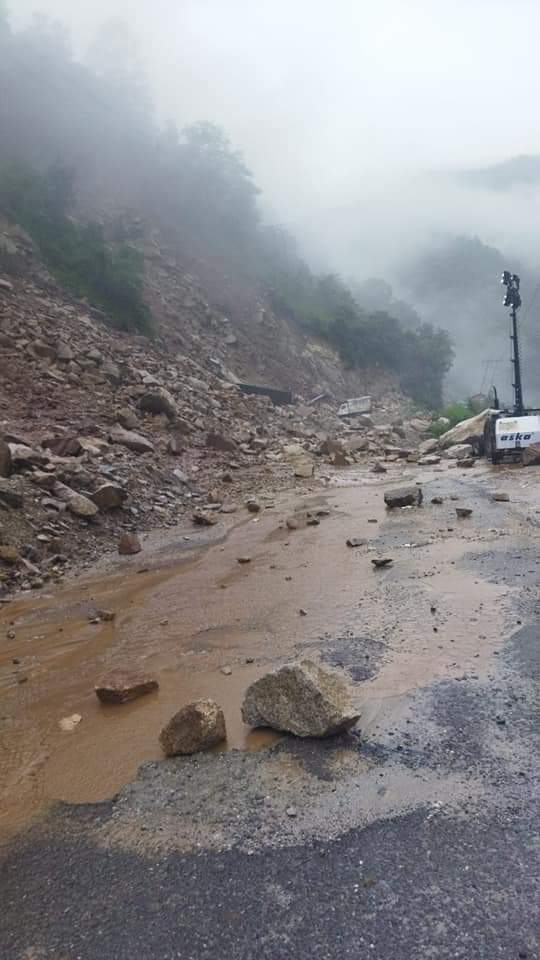 The alternative route between Mandi and Kullu-via-Kataula was also blocked due to landslide at Tihri. Tribune photo: Jai Kumar

The Chandigarh-Manali highway has been restored to traffic between Mandi and Kullu after it was blocked due to a massive landslide at 7 Mile, a few km ahead of Mandi town towards Kullu.

The alternative route between Mandi and Kullu-via-Kataula was also blocked due to landslide at Tihri.

According to police, the traffic movement had completely come to a standstill due to the landslide. A large number of vehicles either coming to Mandi from Kullu or going to Kullu from Mandi side were stuck.

The movement of vehicles was stopped beyond Mandi towards Kullu side.