Poor people from Haryana, UP paid to supply drugs 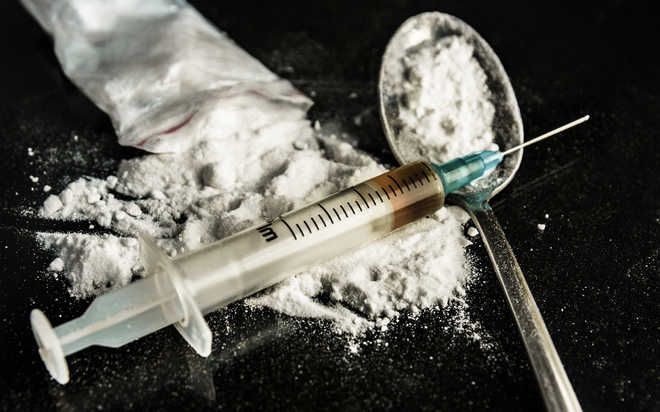 ‘Chitta’ (adulterated heroin) has made inroads into rural pockets of Shimla district. Poor people from Haryana, Bihar and Uttar Pradesh are engaged in its transportation from Delhi.

After the police caught some Nigerians supplying chitta in Himachal, the modus operandi has changed and now poor people are paid Rs 5,000 to deliver small consignments from Delhi to Shimla.

The payments are made online and deals are finalised on WhatsApp chats and calls. As many as 27 outsiders have been booked under the NDPS Act for ‘chitta’ smuggling in seven months. However, 80 per cent of the drug peddlers are still from Himachal.

The suppliers are also using courier services to deliver drugs, which are stuffed along with products such as shoes, garments and gadgets. The trend of engaging addicts, mainly teenagers, started in 2019 and about 70 per cent of the drug peddlers caught by the police are drug addicts, police probes revealed.

The ‘chitta’ menace has spread to rural pockets of Theog, Rampur, Chopal, Jubbal-Kotkhai, Rohru, Kumarsain and other areas in Shimla and students hailing from upper Shimla areas, living alone and studying in colleges, are being targeted.

A significant rise has been witnessed as 131 persons were arrested in seven months (September 2021 to March 2022) as compared to 88 in the same period last year. The quantity of drugs seized also increased from 258.6 gram to 1.39 kg, said Shimla SP Monika Bhutungru.