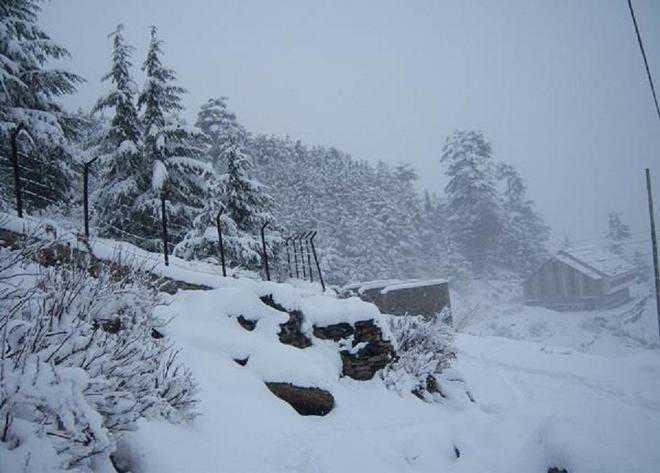 A snow-covered area of Pangi tribal valley in Chamba district after the recent spell. - File photo

Bharmour MLA Jia Lal Kapoor has directed Public Works Department (PWD) officials to restore all roads which were blocked by the heavy snowfall in the valley recently. He also asked them to complete the construction work of the bus stand and Mini Secretariat at Killar at the earliest and repair godowns of Food and Civil Supplies Department at Pangi.

During the current financial year, Rs55 crore is being spent under the tribal sub-plan on various development works in Pangi subdivision. Jia Lal Kapoor, Bharmour MLA

The MLA was speaking at a virtual meeting of Project Advisory Committee (PAC) with officials of Pangi on Saturday. Kapoor said during the current financial year, Rs 55 crore was being spent under the tribal sub-plan on various development works in Pangi subdivision of Chamba district.

He exhorted the Forest Department officials to complete the work on an inspection hut at Luj by April next and expedite the work on Pangi houses at Pathankot Tribal Bhawan and Shamshi.

He said efforts were also being made to get Geographical Indication (GI) tags for milk of local cow (churi) and potato of Chasak village.

On the demand of the committee members, the MLA talked about starting Himachal Road Transport Corporation (HRTC) bus service between Killar and Shimla.

He impressed upon the PWD Executive Engineer to prepare an action plan for construction of Jhoola (swing bridge) from selected villages of Punto, Kulal, Mojhi, Murchha, Hilu to Charoti Nala to facilitate residents.

In order to solve the electricity supply problem in the valley, Resident Commissioner (RC) of Pangi, Balwan Chand, asked HPSEBL officials to make efforts to increase the production by installing necessary machinery in the power house.