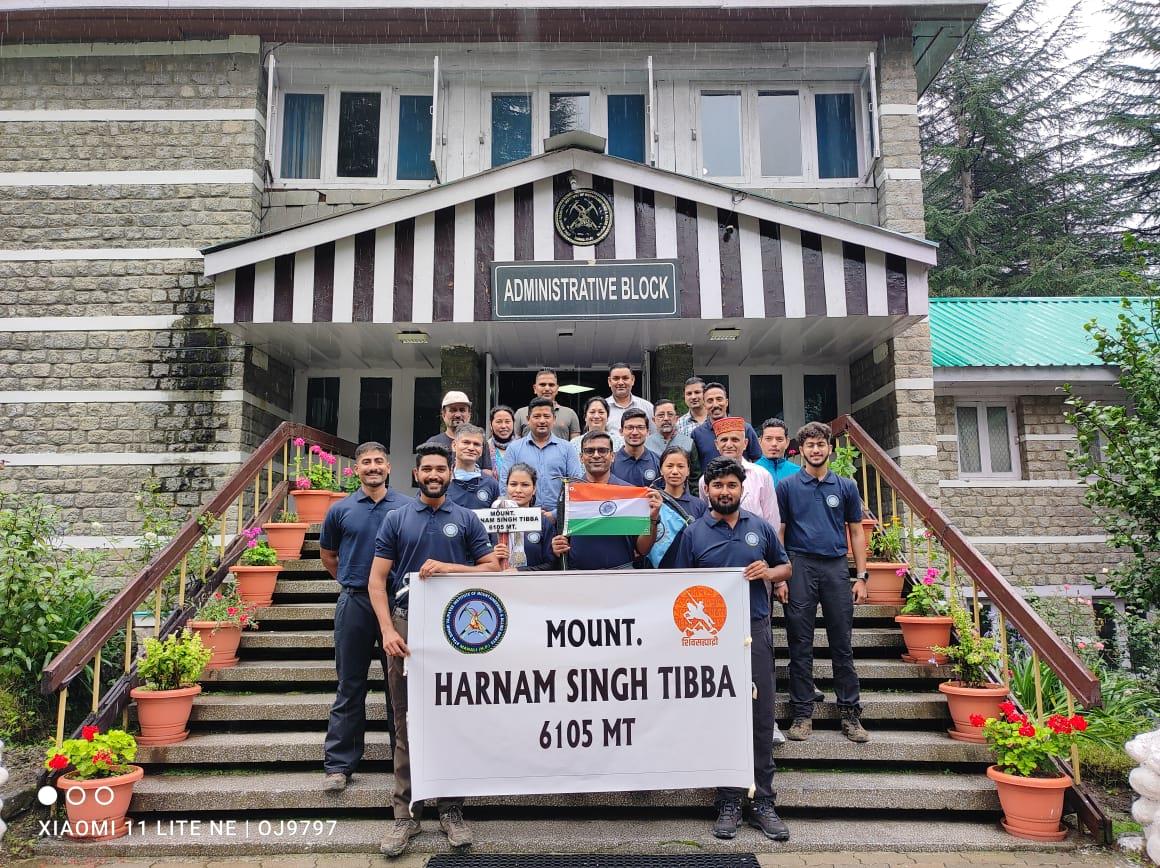 The mission is also a part of Azadi ka Amrit Mahotsav currently being celebrated at ABVIMAS, Manali.

In remembrance of Thakur Harnam Singh, (Founder Principal of Atal Bihari Vajpayee Institute of Mountaineering & Allied Sports (ABVIMAS), Manali), the alumni of the institute in association with ABVIMAS are going to climb an unclimbed and unnamed peak at an altitude of 6105 meters in Zing Zing Bar (Darcha panchayat, Lahaul & Spiti valley).

Thakur Harnam Singh was instrumental in the formation of the institute in the year 1961. He was the first principal of institute and served for the longest period from Sept 1961 to March 1984.

The eleven-member team will be led by a 2007-batch Indian Revenue Service officer Vikrant Pal Singh, who is currently holding the post of Additional Commissioner of Income Tax in Kolkata.

The mission is also a part of Azadi ka Amrit Mahotsav currently being celebrated at ABVIMAS. The Flag-off ceremony was done by the ABVIMAS Director Avinash Negi on July 28, who handed over the national flag to team leader Vikrant Pal Singh.

The team will be assisted by Pawan Thakur, Instructor ABVIMAS. The Flag-in ceremony will be done by Lahaul and Spiti Deputy Commissioner Sumit Khimta on August 5 at Keylong.