Close shave for 5 as avalanche hits car near Atal Tunnel : The Tribune India

Close shave for 5 as avalanche hits car near Atal Tunnel 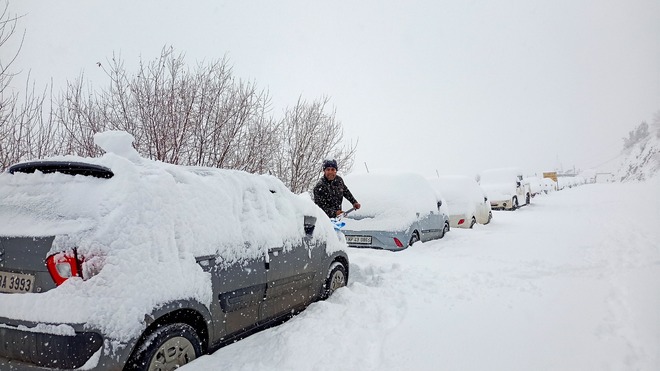 Five local persons had a narrow escape when a snow avalanche hit the car (HP 33C 2580) they were travelling in at Dhundhi near the Atal Tunnel on the Manali-Leh highway today.

Kullu SP Gurdev Chand Sharma said that the car was on its way to the Atal Tunnel when it was hit by the snow avalanche at Dhundhi.

“Police personnel and Border Roads Organisation (BRO) workers were engaged to rescue the five persons travelling the car that was buried under the avalanche. They all are natives of Mandi. Later, the BRO restored the highway to traffic,” said the SP.