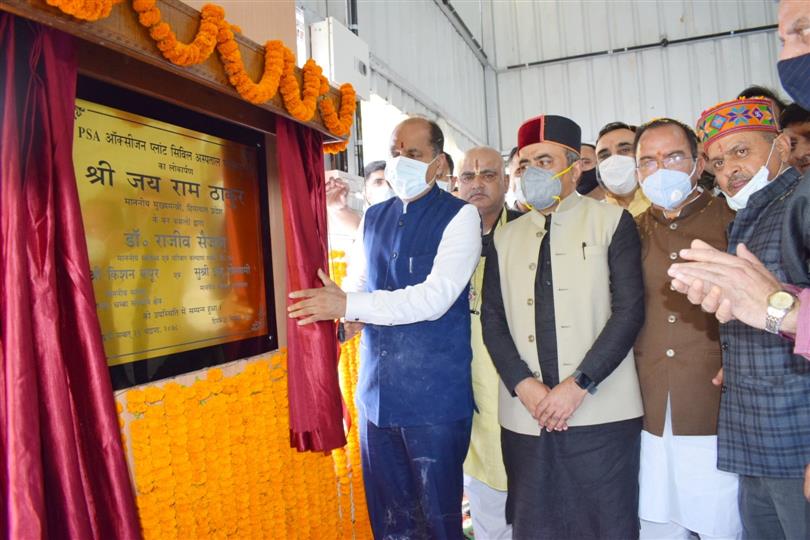 The government has vaccinated 100 per cent eligible population and taken a lead. Over 74 lakh doses have been administered.

Chief Minister Jai Ram Thakur said this while addressing a video-conference organised at the Civil Hospital, Palampur, today. Earlier, he inaugurated a PSA oxygen plant at the hospital, built at a cost of Rs 2 crore.

Meanwhile, Thakur expressed happiness over the services offered by the Vivekanand Medical Research Trust (VMRT) to people. He praised the efforts of Shanta Kumar, former Chief Minister, and other trustees. He was speaking at a meeting of the trust organised on its campus today. “Kayakalp is the first Aayush hospital in Himachal recommended by the NABH. It has earned a good name in the treatment of lifestyle-related diseases,” he added.—OC

The Chief Minister said he had come to learn about a new project planned by Shanta Kumar, the foundation of which had been laid. The Vayovridh Seva Sahyog Kendra, under the name ‘Vishranti’, would prove to be a boon to the aged under medical emergency and geriatric care system.

Shanta Kumar welcomed Thakur and others present at the meeting.