Concern over toxicity due to pesticides in Himachal 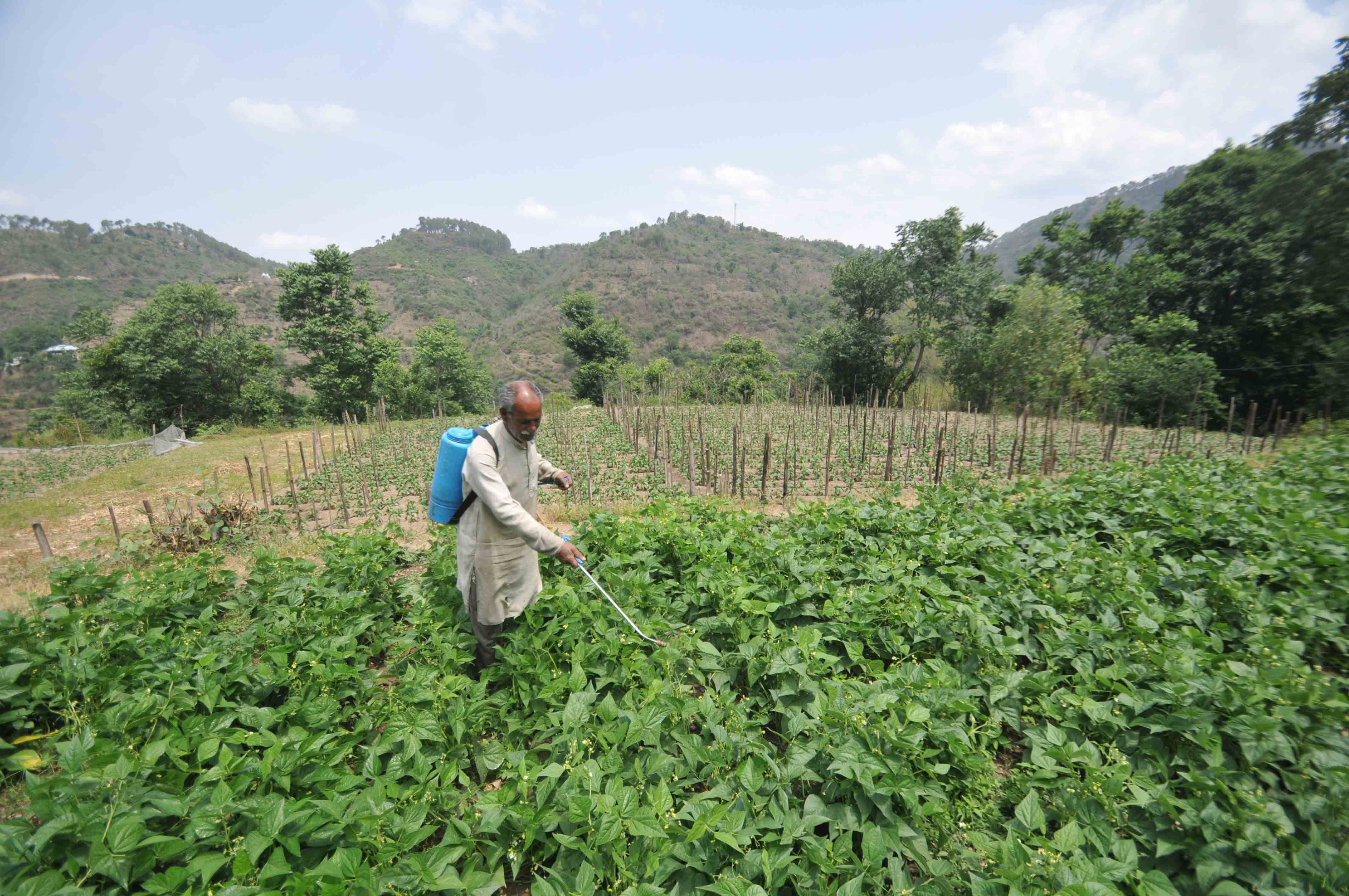 A farmer sprays a pesticide in his field. File photo

The toxicity because of use of pesticides in agriculture and horticulture and vulnerability to natural and climate induced hazards like floods remains a cause of major worry.

These are some of the issues highlighted prominently in the latest State of Environment Report brought out by the State Department of Environment, Science and Technology, here today. “Generation of pollution from synthetic resources like use of pesticides, both in the agriculture as well as the horticulture sector, is certainly a cause of concern,” the report states.

The earlier State of Environment Report was brought out in 2010. The report stated that in the agriculture sector net area under cultivation has decreased but production per hectare is increasing due to technological advancement in the agriculture sector. The cropping intensity shows fluctuating trends even though opportunities are emerging with growing demands of flowers and aromatic and medicinal plants.

“Himachal was the first state in the country to ban use of plastic and ensure 15 per cent discharge in rivers where hydel projects have come up,” said Prabodh Saxena, Additional Chief Secretary Environment. He said that awareness towards protecting environment has increased in Himachal, where use of single plastic will be banned completely from July 1.

As far as the horticulture sector is concerned, the state remains prone to natural and climate-induced hazards and the need for developing institutional arrangements to meet any disaster-related issues has been stressed. The report also highlights devastating floods causing damage to private and public property and the increasing trend of forest fires causing immense damage to the precious forest wealth.

The enhancement in the overall forest area by 915 sq km over the last two years as compared to 2019 has been lauded. Intense efforts being made for increasing forest cover in the state have yielded fruitful results.

Deliberating on the issue of natural disasters, the report states that Himachal remains prone to natural and climate induced hazards. The report also highlights the damage caused to private and public property due to devastating floods and rising incidence of forest fires.

While recognizing the significant role of the tourism sector in economic development and job creation in the state, the report also throws light on negative impact is solid waste pollution due to biodegradable and non- biodegradable waste littering in the hill area thereby eroding biodiversity.

The report while appreciating the positive impact of tourism in preservation of mountain monuments and heritage property in Himachal Pradesh, states that it promotes and helps in survival of various forms of craft and culture.

While discussing the issue of environment pollution and management, the report states that despite the best efforts of the state government, the issue of management of solid waste still remains a cause of concern and needs concentrated efforts.

The reports provides background of industrial development in Himachal Pradesh, indicating an increasing trends in industrial investment but stresses that the issue of mining of minerals in the state remains a major environmental concern.