Condolences pour in for Sukh Ram 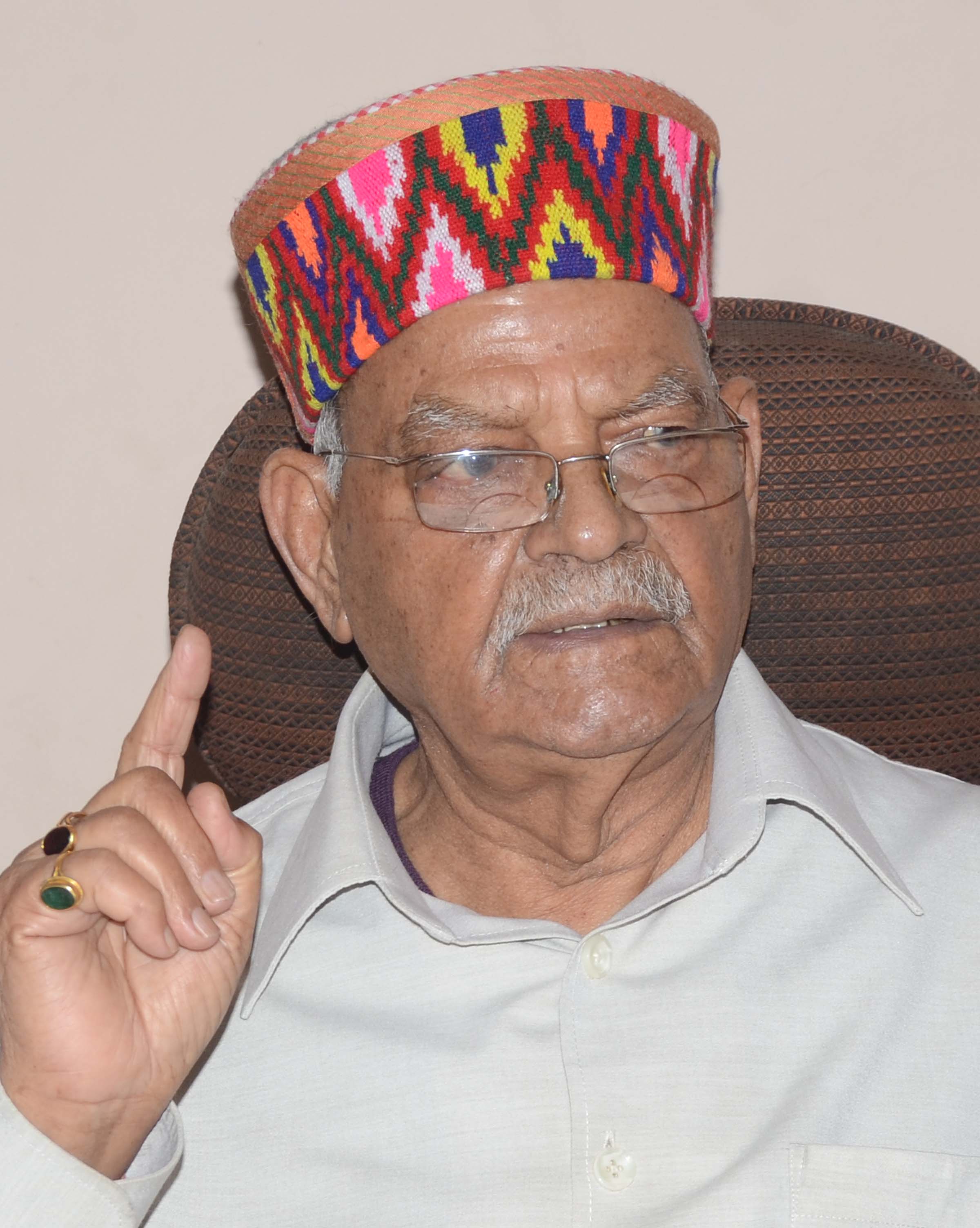 He said Sukh Ram was a great visionary who would always be remembered for bringing the telecom revolution in the country. With the death of Sukh Ram, the country in general and Himachal Pradesh in particular has lost an outstanding parliamentarian, who was open to new ideas and initiatives.

Governor Rajendra Vishwanath Arlekar said Sukh Ram had made an important contribution to the communication sector. “I pay my respects to the departed leader and convey my deepest condolences to the members of the bereaved family,” he added.

State Congress president Pratibha Singh said Sukh Ram had a special place in the politics of the state. The party would always remember his work during his tenure as the Union Minister.

A condolence meeting was held at the state Congress headquarters Rajiv Bhawan and leaders observed a two-minute silence. The Congress committee has announced seven-day mourning in his honour. The party has postponed its scheduled programmes for seven days.

BJP national president Jagat Prakash Nadda said, “Shocked to hear about the passing away of former Union Minister and our senior colleague Pandit Sukh Ram. May God give him a place at his abode and strength to the bereaved family to bear this immense loss”.

Former Chief Minister Prem Kumar Dhumal said that the death of Sukh Ram was a great loss to the country in general and Himachal in particular.

Shocked to hear about the passing away of our senior colleague Pandit Sukh Ram. May God give him a place at his abode and strength to the bereaved family to bear the loss. — JP Nadda, BJP national president

A great visionary who will always be remembered for bringing the telecom revolution in the country. — Jai Ram Thakur, CM

We are deeply saddened by the death of Pt Sukh Ram, a man of great compassion and avowed nationalism. — Mukesh Ambani, Industrialist