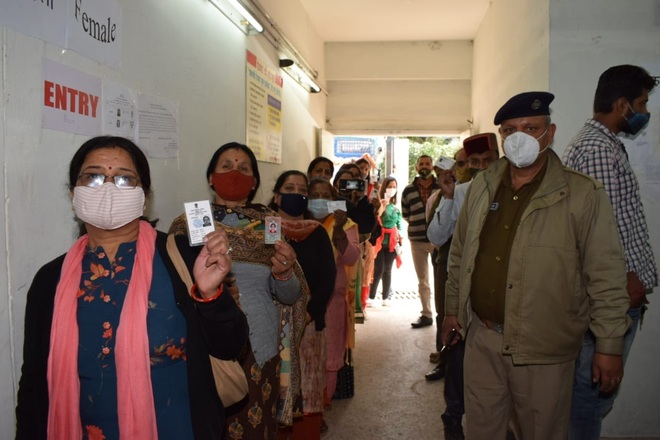 The Congress has sprung a pleasant surprise in the Solan Municipal Corporation poll by winning nine of the 17 seats while seven seats were bagged by the BJP and an Independent bagged one seat.

Independent Manish Kumar won from the Deonghat-Saproon ward. He is a suspended BJP leader.

The BJP suffered setback as its former chairman Pawan Gupta lost by 370 votes to Congress’ Punam Grover from the Shilli Road ward. Grover is also a former chairperson of the civic body. Considered a protege of Nahan MLA Rajiv Bindal, Gupta faced opposition from within.

The BJP lost in the merged areas like Chambaghat-Salogra, Chauringhati and Patrar too as people were opposed to the merger with the MC.

Congress’ Shammi Sahni lost by 799 votes. Her ticket was decided at the eleventh hour as the party had no strong face. Another candidate Sheetal Gupta lost by 767 votes.

Factionalism was visible in the distribution of tickets in the BJP where some candidates were merely selected owing to their allegiance to a particular leader.