Had earlier called all state MLAs to Chandigarh for strategy meet; “No need to leave the capital in the wake of a full majority,” AICC sources 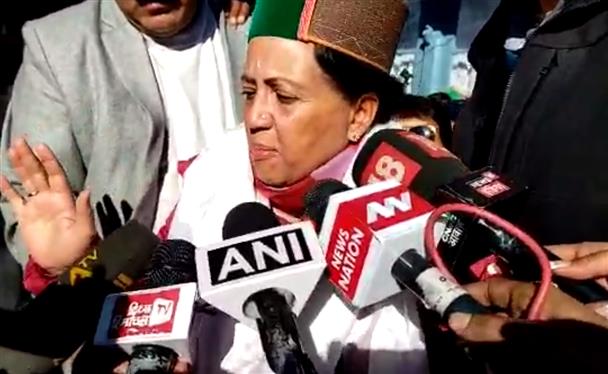 The Congress this evening suddenly changed its strategy and sent an urgent message to all elected MLAs to stay put in Shimla and not come to Chandigarh, as instructed earlier.

The decision came after a reported conversation Congress chief Mallikarjun Kharge had with his predecessor Sonia Gandhi.

“The party has decided to change its strategy in the wake of an absolute majority. There is no need for MLAs to leave the capital city," an AICC source said, close after the BJP conceded defeat in the hill state.

The Congress had earlier today asked MLAs to come to Mohali for a strategy meet.

Sources said with the party winning a comfortable majority now, there was no potential fear of poaching and therefore no plan to immediately shift out MLAs.

Meanwhile, AICC Himachal in-charge Rajeev Shukla, AICC observer for Himachal, Bhupesh Baghel, and former Haryana chief minister Bhupinder Singh Hooda will meet with the MLAs and devise the next strategy. The party will soon depute central observers and finalise the schedule for the CLP meeting to choose the chief minister.

The Congress has secured 40 of the state’s 68 seats with the BJP at a distant 25.

Potential CM faces include five-time Haroli MLA and outgoing CLP leader Mukesh Agnihotri, former state party chief Sukhwinder Singh Sukhu and Mandi MP Pratibha Singh, should she throw her hat in the ring. Though she has so far said she’s not in the race.

Another potential CM nominee and six-time Dalhousie MLA Asha Kumari has lost to the BJP.