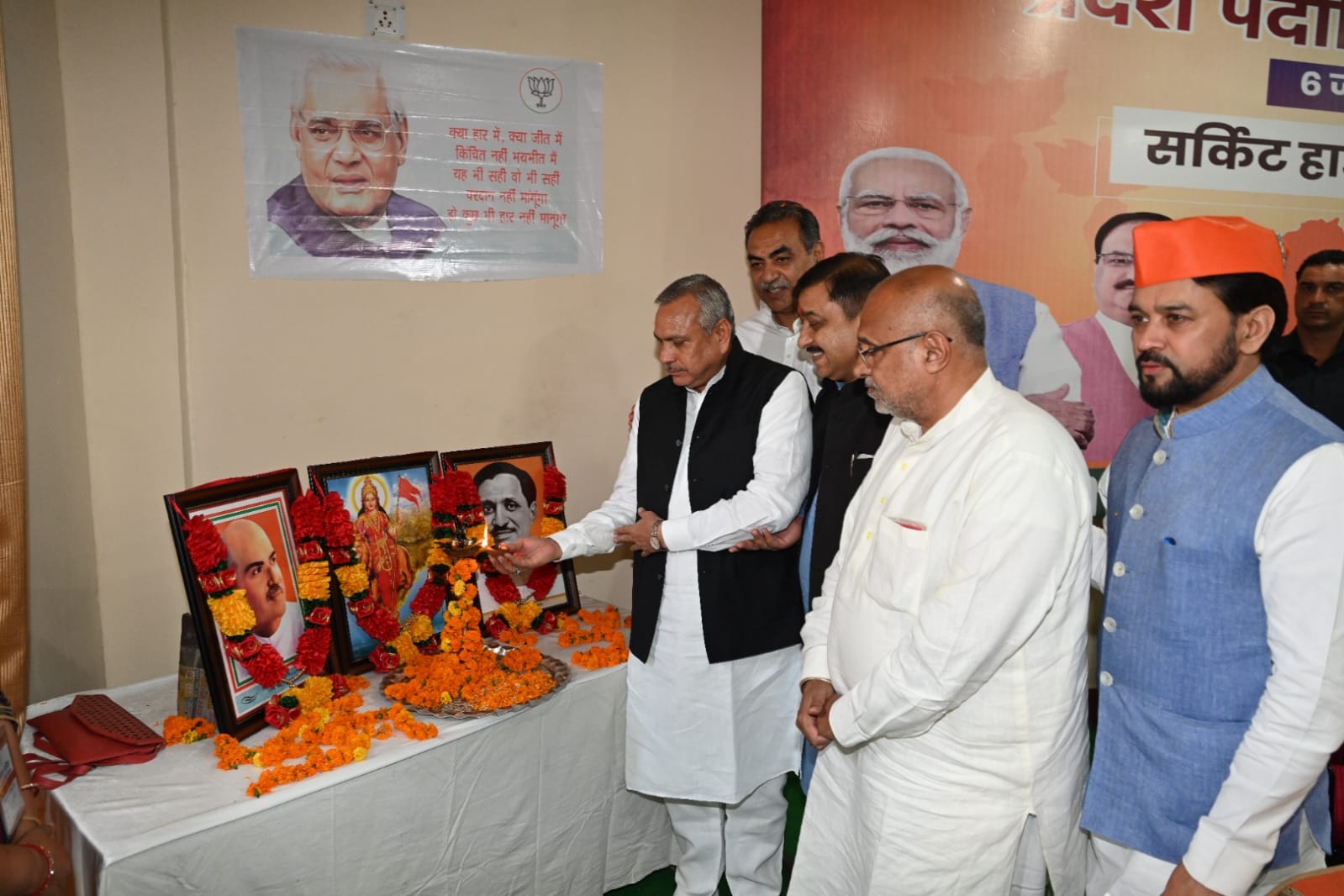 Leaders pay tribute to party founders on the occasion of inauguration of BJP state executive meeting at Hamirpur.

BJP’s state president Suresh Kashyap today said a “divided” Congress won’t stand even close to the ruling party’s performance in the upcoming Assembly elections. He was here to attend a two-day meeting of the HP BJP executive committee.

Kashyap said differences among Congress leaders had been widened after the restructuring of the HP Congress Committee. “HPCC president Pratibha Singh and Sukhvinder Singh Sukhu were never seen together on any occasion. Amid coldness within the party, people of the state have lost trust on the Congress,” he said.

Speaking about the BJP’s executive committee meeting, he said party leaders would discuss and prepare a road map for the “mission repeat” in ensuing Assembly election in the state.

Kashyap said, “The BJP is continuously working for ‘mission repeat’ and will discuss on training camps, Tridev Sammelan, Panch Parmeshwar Sammelan, Vijay Sankalp Yatra and Garjana Rally. He said leaders would also bring a political resolution focused on achievements of eight years of the Central Government and the state government, led by CM Jai Ram Thakur.