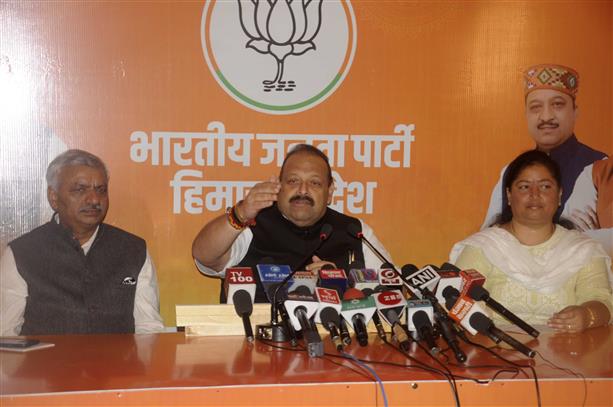 The Congress has already conceded defeat before the Assembly elections. The BJP will win the elections and again form government in the state, claimed BJP election co-incharge Devendra Rana here today.

Rana, while addressing mediapersons, said that HPCC president Pratibha Singh had admitted that there was no mechanism in the party to groom leaders at the grass-roots level.

Meanwhile, the BJP launched a suggestion box to seek inputs for the vision document. Chairman of Vision document committee Sikander Kumar said suggestions could be sent on WhatsApp No. 7838178282 and posted on website: bjphpsankalpatra2022.org.