Congress has not paid due respect to Dr BR Ambedkar: Anurag Thakur : The Tribune India

Congress has not paid due respect to Dr BR Ambedkar: Anurag Thakur 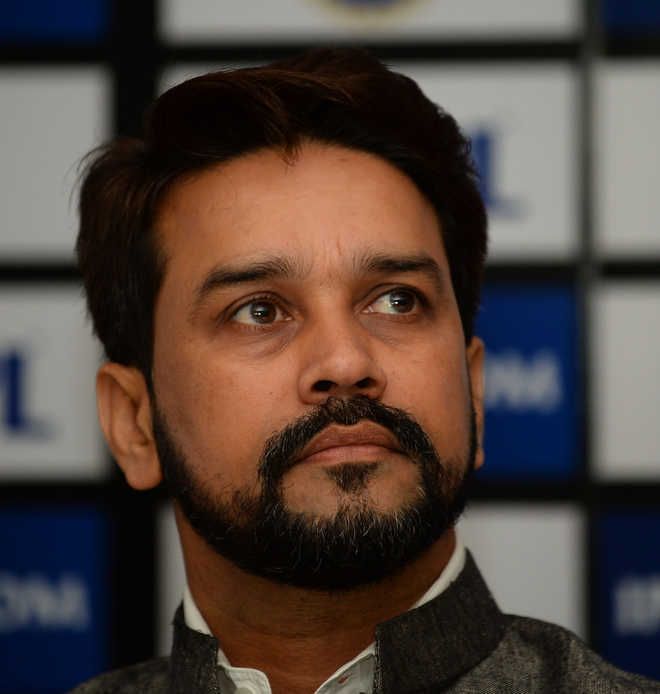 “Congress leaders have not accorded honour and respect to Baba Saheb BR Ambedkar that he deserved,” alleged Anurag Thakur, Union Minister for Information and Broadcasting, while addressing a BJP Scheduled Castes Morcha sammelan at Patlandar in Sujanpur in the district today.

He said, “India gets strength from the Constitution that was drafted under the guidance of Ambedkar. The country will remain indebted to Baba Saheb for his contributions to nation building. Prime Minister Narendra Modi has developed five religious centres at the places of Ambedkar’s birth, education, training, work and death.”

Anurag said earlier the budget for the SC community was Rs 41,561 crore but the PM had increased it to Rs 1.43 lakh crore. He alleged, “Congress leaders mislead people on development while Prime Minister Narendra Modi has started numerous programmes for the community. I will take 200 persons to Ambedkar religious centres every year.”

He said the PM would inaugurate AIIMS and Hydro Engineering College in Bilaspur tomorrow. He added that both institutions had been developed at a cost of over Rs 2,000 crore. “AIIMS will provide a boost to health services for the people of the state,” he claimed.

Earlier, Anurag inaugurated development works of Rs 10.88 crore in Sujanpur. Rajya Sabha MP Sikander Kumar said the SC Morcha would work for the victory of BJP candidates in the elections. He announced Rs 25 lakh for various development works in the constituency.