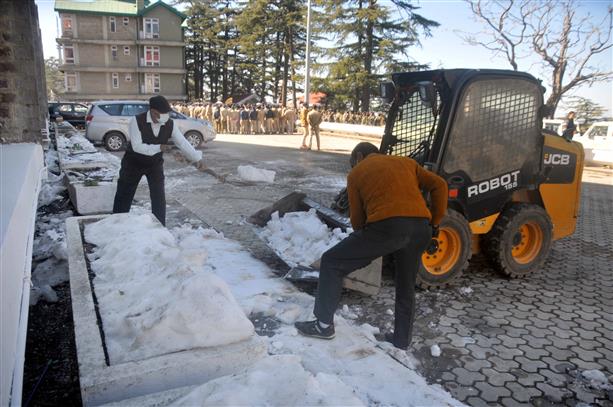 The Budget session of the Vidhan Sabha, commencing on February 23, is likely to be stormy. The opposition Congress is geared up to corner the government on the issue of the mining, land, forest and liquor mafias being active in the state and the Mandi hooch tragedy.

The Budget session will begin on February 23 with the Governor’s address. Chief Minister Jai Ram Thakur, who is undergoing treatment at the All India Institute of Medical Sciences (AIIMS), New Delhi, is likely to return to the state capital tomorrow.

The session will have 16 sitting and will conclude on March 15. The Chief Minister, who also holds the finance portfolio, will present the Budget for 2022-23 on March 4. He may present a populist budget with a lot of sops, considering the Assembly elections are due later this year. On the other hand, this being the last Budget session of the present government, the Congress will make all efforts to corner it.

The Congress is likely to raise the issue of the death of seven persons due to the consumption of spurious liquor in Sundernagar to make a point that the liquor mafia is active in the state. The ruling BJP, on the other hand, can use the opportunity to hit back at the Congress over the alleged involvement of some Congress leaders in the hooch tragedy. The Opposition is all set to also raise the issues of unemployment, price rise, deteriorating law and order, grim financial health of the state and the mounting debt trap, which has risen to almost Rs 65,000 crore.

The Congress has accused the government of failing to get any special financial package from Prime Minister Narendra Modi though the latter time and again has reiterated that Himachal is his second home.

The Congress may also question the performance of the ministers and “poor” governance. The MLAs have sought replies from the government to over 700 questions to be taken up during the session. A majority of these issues are about vacancies in educational and health institutions, poor road condition, grave financial health of the state and the alleged failure of the government to generate ample employment avenues.