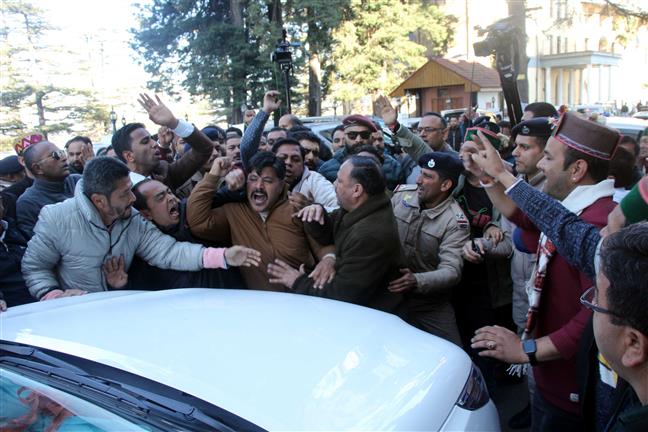 The MLAs are expected to pass a resolution authorising the Congress president to pick the legislature party leader who will be the next chief minister.

The meeting started at the Congress office here amid show of strength by the chief minister aspirants.

State party chief Pratibha Singh, leader of the opposition Mukesh Agnihotri and head of the election campaign committee Sukhwinder Singh Sukhu reached the party office along with their supporters, who raised slogans in their favour.

The Congress wrested power from the BJP in the hill state winning 40 of the 68 assembly seats. The polling was held on November 12 and the results were declared Thursday.