Congress to repeat all MLAs in Himachal Pradesh, no '1 family, 1 ticket' : The Tribune India 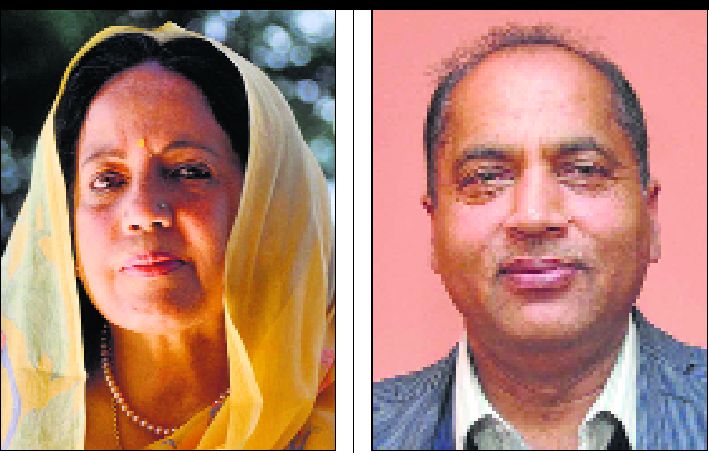 The Congress on Tuesday decided to field all its sitting MLAs in the upcoming Himachal Assembly poll with the central election committee chaired by party president Sonia Gandhi approving candidatures in 39 constituencies. These seats include 20 segments where the Congress has sitting legislators.

Having lost MLAs Lakhwinder Rana (Nalagarh) and Pawan Kajal (Kangra) to the BJP recently and fearing more desertions, the party was likely to skirt the “one family, one ticket” formula. Veteran leader Kaul Singh Thakur and his daughter Champa Thakur both were likely to contest from seats in the Mandi parliamentary segment. “Sonia Gandhi will go only by winnability,” a Congress source said.

With the party still looking for a suitable candidate against CM Jai Ram Thakur in Seraj (Mandi), a few leaders today suggested fielding Himachal unit chief and Mandi MP Pratibha Singh against the BJP stalwart. No decision was, however, taken.

Pratibha is learnt to have batted for party’s block president Hari Chand Sharma from Manali but the seat is likely to go to Bhuvaneshwar Gaur, son of former minister Raj Kishan Gaur. There was intense debate on the Banjar seat in Kullu where the Congress has settled for former BJP state chief Khimi Ram even as about a large number of supporters of Aditya Vikram Singh, the Congress leader who contested and lost the seat narrowly last time, were camping in Delhi and agitating at the AICC headquarters when the meeting was underway.

Despite heated discussions on giving at least two seats to the Himachal Youth Congress, no agreement was reached. Kinnaur, which Himachal Youth Congress (HYC) chief Nigam Bhandari is seeking, is likely to go to four-time MLA Jagat Singh Negi and Sarkaghat (Mandi), eyed by HYC working chief Yadupati, to former seven-time MLA and ex-minister Rangila Ram Rao, with the Congress in no position to take chances against an aggressive BJP.

Gunman by his side, cloth merchant shot by bike-borne assailants in Nakodar after demand for Rs 20-lakh protection money not met