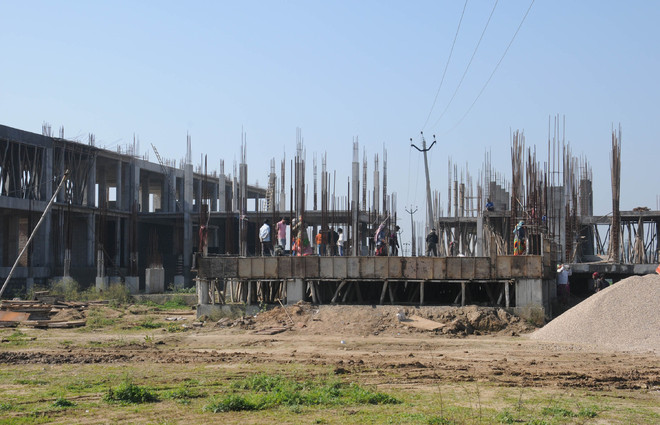 Following relaxations announced by the government for construction activities, pending works are being resumed but the shortage of labour is posing a big problem.

“About 750 projects have been resumed by the PWD by engaging about 9,900 labourers in the construction activity. However, contractors, who don’t have permanent labourers, are facing problems as a large number of workers are keen to go back,” said Engineering-in-Chief (PWD) BK Sharma.

Kashmiri labourers have gone back, while workers from Rajasthan and Uttar Pradesh have not arrived in March and April. Contractors are now dependent mainly on Nepalese and local labourers.

The government has allowed construction activities only in those cases where transportation of labour and machinery is not required and arrangements of food and shelter are made at the working site.

The PWD has set a target of constructing 900-km roads and the target has not been scaled down while works on the Shimla-Parwanoo and Kiratpur-Manali four-laning projects have resumed.

All works had come to a standstill due to lockdown and now contractors are pressing the government to clear pending payments. A budget of Rs 3,986 crore has been earmarked for the PWD.