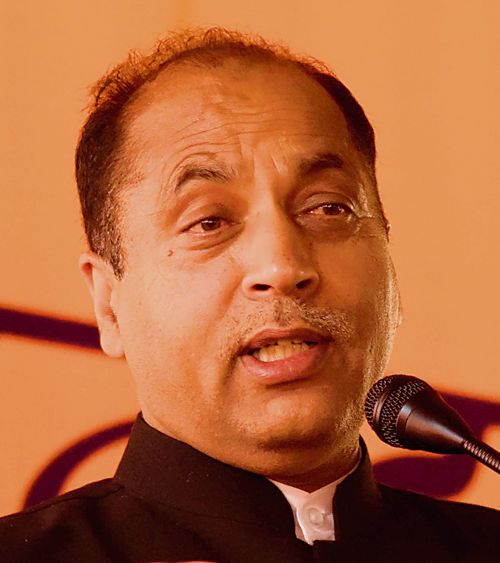 “Though there has been a slight decline in Covid cases, after reviewing the situation, especially the high fatality rate, we have decided to extend all restrictions imposed earlier till January 31,” said Thakur here today.

He added the restrictions, which include the closure of all educational institutions till January 26, would stay till the situation improves.

The government will contemplate making changes in the law so that the property of those involved in illegal activities like illegal liquor trade can be confiscated. If needed, we will not hesitate from amending the law so that those who have lost their lives can be compensated from the money raised from the properties amassed by those indulging in illegal activities. —Jai Ram Thakur, Chief Minister

With a sudden surge in Covid cases, the state government had imposed some restrictions like the closure of all educational institutions, except medical colleges, five-day week and 50 per cent staff in offices and a maximum of 100 persons in indoor functions and 300 in outdoor functions.

Thakur said that in view of inclement weather conditions, including heavy snowfall, the district administrations in the state had been directed to undertake restoration work on a war footing. “Efforts are on to normalise conditions by restoring damaged water supply schemes, roads to facilitate vehicular movement and power supply,” he added.

He urged tourists to be cautious while travelling to snow-bound areas and not to venture into areas where they could get stranded. “We will ensure that the state-level function on statehood at Solan and the Republic Day functions are held amidst strict Covid protocol,” he said.

About employees asking for the grant of financial benefits, Thakur said that the government had always been sympathetic towards their demands as they are the backbone of the state. “We have always given then benefits as per the rules. Even now we are considering their demands against the backdrop of the Punjab Pay Commission,” he said.

“The police personnel have every right to raise their demands but being a disciplined force, they will have to adhere to the service rules,” said Thakur. He added that the government was considering the demand of the police personnel regarding the higher pay scales.