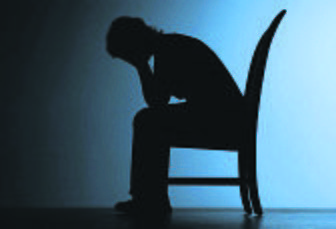 Human development is not all about getting scholastic degrees, getting high salary packages and acquiring wealth and property.

With the rising number of suicide cases being reported in the state amid the Covid pandemic, psychologists have cited consumerism, cut-throat competition, shallow human relations, negative impact of the social media and inability to cope with the unpleasant life events as the reasons behind the surge.

Human development is not all about getting scholastic degrees, getting high salary packages and acquiring wealth and property. People, who get into the mad rush of multiplying their wealth, often end up feeling disappointed, said a Medical Superintendent at a mental health and rehabilitation hospital, Boileauganj, Dr Sanjay Pathak.

Besides, the desire for acquiring privileges that come with the social positions in the absence of right coping skills could land anybody in a major crisis, he said, adding that the distress compounded when people did not have a plan B.

A growing number of celebrities committing suicide had also taken a toll on the psyche of the public, said Dr Pathak.

As many as 466 suicide cases have been reported this year to date, which means that on an average, over two persons are taking their lives every day. Reportedly, homemakers top the list, followed by labourers, students, private sector employees, farmers and businessmen.

Over 40 cases were reported in January, 45 in February, 32 in March, 47 in April, 89 in May, 112 in June and 101 in July. Of the total number of suicides, 302 were reported in May, June and July. The two-fold increase in the suicide cases is being attributed to the growing stress in the wake of Covid-19 pandemic.

Other reasons cited behind the spike in the number of cases are marriage-related issues, family problems, health issues, love affairs, unemployment and drug abuse.

“Social pressures and change in lifestyle in the wake of Covid-19 pandemic have added to the woes of people. The pandemic has brought the lives of many to a standstill, leaving people with limited means to muse themselves,” said Dr Aaditya Sharma.

Family members should pay heed to the early signs indicating suicidal tendencies, and take remedial steps to nip the problem in the bud.