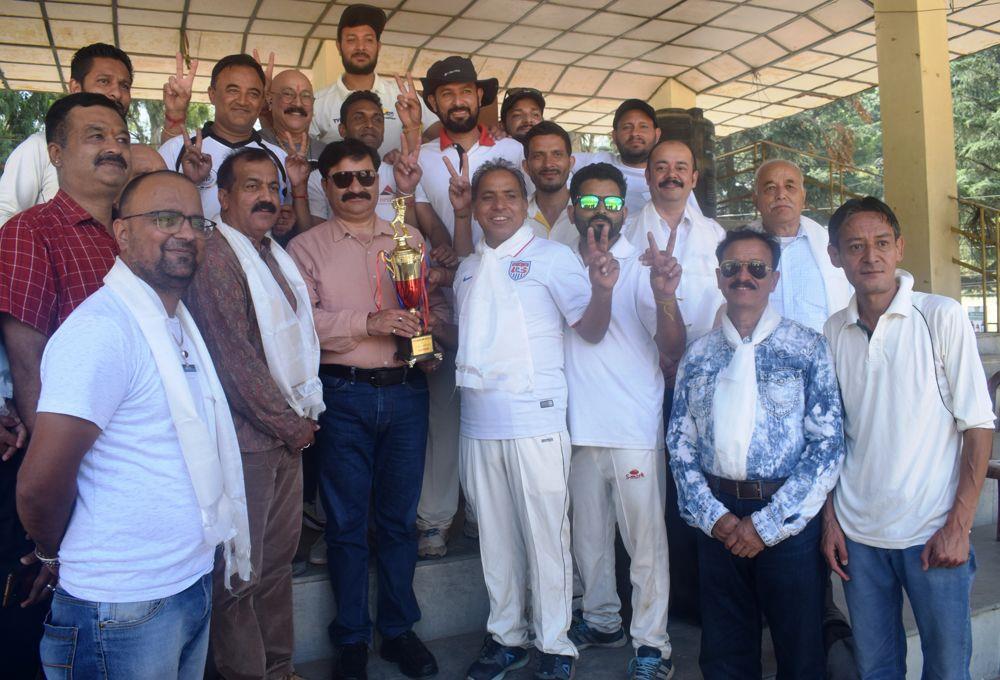 The Press Club of Kullu won a friendly cricket match, which was played with a team of Chief Medical Officer here today. Govind Singh Thakur, Education Minister, was the chief guest.

He appreciated players of both the teams and presented them trophies. He said it was heartening to see that despite being engrossed in the service of humanity 24X7, the doctors showed a keen interest in sports as well.

The minister said the Press is called the fourth pillar of democracy and the media is responsible for the exchange of information in society. He said it was necessary for the media to maintain credibility with correct, fair and fearless journalism.

He said sports was necessary for every person. “Taking part in sports energises the people who are otherwise unable to free themselves from physical and mental fatigue while discharging their duties day and night. It also brings the feeling of brotherhood.”

Thakur said young players were future of the country and they should be ready to serve the society. He urged them to make positive thinking and hard work their companions for success.