Curbs force BJP, Congtess to put off programmes in Himachal 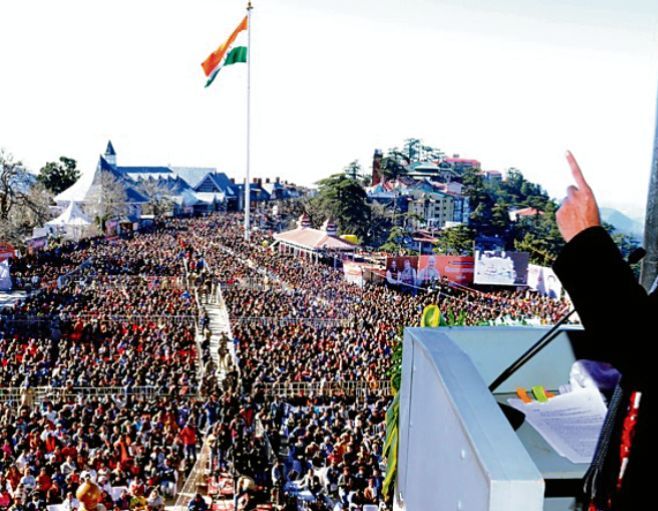 With restrictions being imposed on holding of public functions, the Congress and the BJP have decided to put on hold all their campaigns and programmes and go virtual in the run-up to the Assembly poll, due in November-December this year.

With a steep surge in Covid cases, 1,200 cases in a single day today, both parties are in a fix as they have been compelled to put off their programmes and rely on virtual mode. The decision is not out of choice, but due to the restrictions comes amid sharp criticism by the public, especially on social media about the reckless behaviour of “netas”.

There has been a sharp reaction among people who feel that while the restrictions are imposed on their routine works, politicians have been given a free hand.

The fact that both parties are forced to put on hold their activities is giving anxious moments to leaders as they are worried about the election preparedness. The BJP, which suffered a major setback in the four bypolls, has chalked out an exhaustive programme to make up for the lost ground.

Chief Minister Jai Ram Thakur had admitted that the bypoll defeat was a timely alert for the BJP and the party would regain the lost ground. The BJP used PM Narendra Modi’s rally at Mandi to bolster the morale of its workers.

The government yesterday imposed restrictions on all public gatherings. A cap of 100 has been imposed on the gatherings being held indoors and 300 on outdoor venues.