20 felicitated for their outstanding achievements in various fields 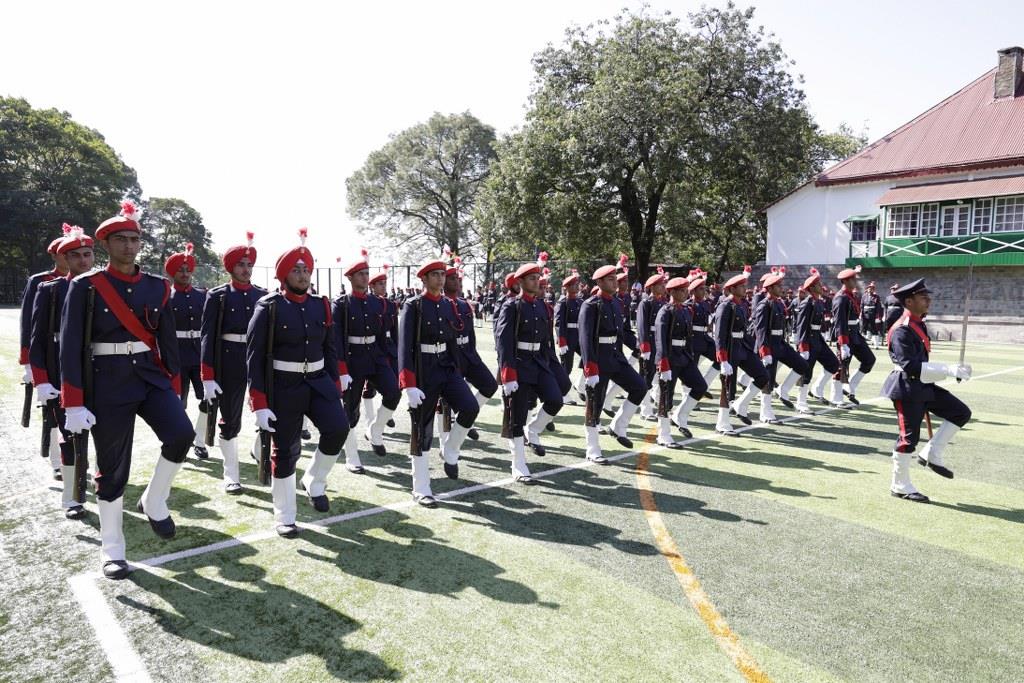 Students present a march past at The Lawrence School, Sanawar in Solan on Tuesday. Tribune Photo

The three-day celebrations to commemorate the 175th year of The Lawrence School, Sanawar, concluded here today with the trooping of the school colours’ parade.

As many as 120 student cadets led by the school Head Boy, along with the band troupe, put up a parade at the Khetarpal stadium.

Puneet Renjen, the Global Head of Deloitte USA, was the chief guest on the occasion. The parade was followed by a prize distribution ceremony in which Renjen felicitated 20 persons for their outstanding achievements.

The Chief of Army Staff’s Cup for best cadet 2021-22 was conferred upon Nihal Singh Sidhu. The Neelu Sharma Trophy for Performing Arts, along with a cash award of Rs 5,000, was bagged by Kahkashan Sehgal. Harshita Verma won the Thimmaya Cup for organisational ability and Barkha was awarded with Jajodia Award for her dedication to community service. The Teachers’ Excellence Award for outstanding results in Psychology in the Central Board of Secondary Education (CBSE) Class XII examination was bagged by Davesh Chandra Verma.

In his address to the gathering, Puneet Renjen talked about the significant role of the school on his personal and professional growth. Applauding the curriculum and training of the school, he encouraged the students to make the most of their time in the school.

Captain Abhilasha Barak, an alumna of the 2012 batch, was felicitated for becoming the first woman combat aviator in the Indian Army in 2022. Dayanita Singh, a photographer and an alumna of the school’s 1979 batch, was awarded the Old Student Achiever of the Year Award for winning the coveted 2022 Hasselblad Prize, regarded as one of the world’s leading prizes in photography.

The event concluded with Vandita Kaul, the state Chief Post Master General, along with Punit Renjen and Headmaster Himmat Singh Dhillon, releasing the customise ‘My Stamp’ and a special cover to commemorate the 175 years of the foundation of the school.