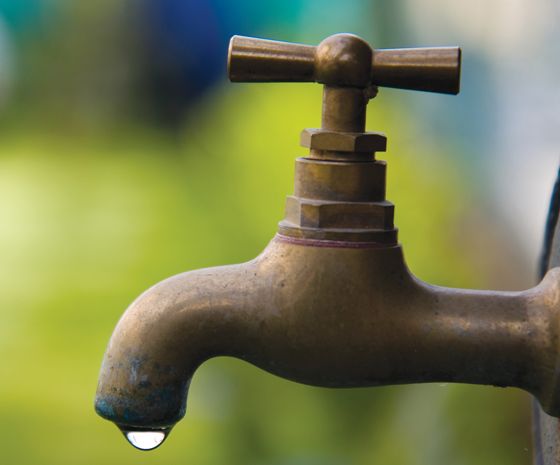 Residents of the Nurpur Municipal Council (MC) area have urged the state government that either free piped water scheme also be extended to households in urban areas or the water tariff be slashed by 50 per cent.

The residents under the banner of the Nurpur Sudhar Sabha today submitted a memorandum to Chief Minister Jai Ram Thakur through local MLA and Forest Minister Rakesh Pathania. Over 250 domestic water consumers have signed the memorandum, seeking relief from the hefty water bills.

The Chief Minister had launched the free tap water scheme for rural areas during the Himachal Day function held in Chamba on April 15. But the scheme has not

been extended to urban households.

Urban consumers are paying Rs 201 per piped water connection since April this year. The Jal Shakti Department has increased water charges by 10 per cent every year since 2005. The then Virbhadra Singh government had issued a notification for the annual tariff hike.

An urban domestic water consumer, who was paying Rs 40 for a connection per month in 2005, is now paying Rs 201 for it. The residents have urged the present government to revoke that notification.

High water bills have become the bane of poor consumers in the town.

Promod Mahajan, president of the Nurpur Sudhar Sabha, and PD Sahotra, general secretary of the Town Welfare Committee, allege that the state government is discriminating against urban households by not giving them any relief on tap water bills.

Meanwhile, Ashok Sharma, president of the Nurpur MC, says that the

civic body at its meeting on August 16 had passed

a resolution, thereby appealing to the Chief Minister to consider the demand of urban households for reducing monthly water charges and

the revocation of the

After muted Dusshera for 2 years, Chandigarh plans it big now