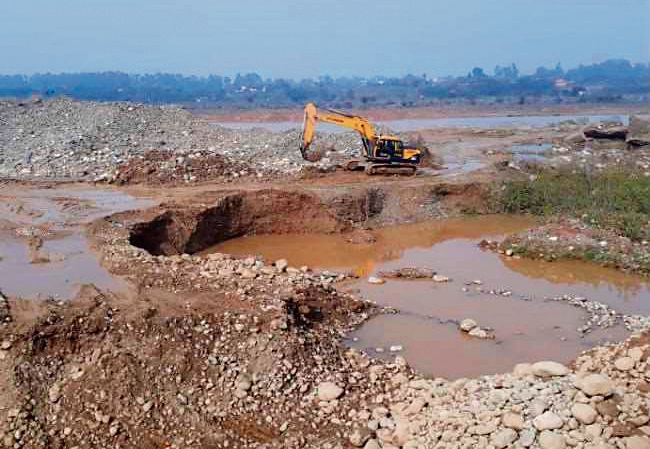 The National Green Tribunal (NGT) has directed the Himachal Pradesh Government to deal firmly with the mining mafia and ensure that there is no illegal mining in rivers and rivulets of the state.

The National Green Tribunal (NGT) has directed the Himachal Pradesh Government to deal firmly with the mining mafia and ensure that there is no illegal mining in rivers and rivulets of the state.

The state government has decided to empower all SDMs in the state to attach the properties of persons involved in illegal mining to recover the fine imposed on them. The state has invoked these stringent provisions of law for the first time to deal with the mining mafia, which has wreaked havoc all over the state.

Prabodh Saxena, Principal Secretary, Environment, issued a notification in this regard yesterday. The SDMs have been asked to grant an opportunity to the defaulters before attaching their assets by issuing them a show-cause notice. Illegal mining is going on unabated in the Kangra valley. After the recent floods, the functioning of the state Mining Department has come under the scanner. In Kangra, illegal mining is posing a threat to several irrigation and drinking water supply schemes. The 400-year-old Kirpal Chand Kuhl, originating from Neugal, which feeds over 50 panchayats comprising hundreds of villages of Palampur, Bhawarna and Daroh blocks, is in danger because of mining in the catchment areas.