Alleges victimisation at the hands of hospital administration 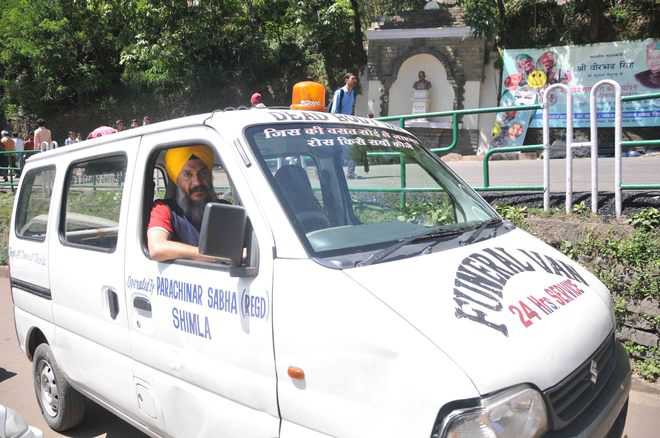 Sarabjeet Singh Bobby, who has been running a langar and other services for patients at the IGMC Hospital in Shimla for the past six years, has decided to discontinue these by March 31. “I will hand over whatever we have created at the IGMC to the hospital administration and work somewhere else where our services are required,” he said while sitting on a protest with his supporters at The Ridge here today.

Bobby had been levelling allegations of victimisation at the hands of the IGMC administration and demanding the cancellation of a tender on the basis of which “a rain-basera he had helped build was given to an individual belonging to a party”.

The sudden announcement came after the IGMC administration held a press conference earlier in the day and claimed that Bobby had encroached upon hospital land and built structures without permission from either the government or the hospital administration. “How could someone build structures on government land without permission and then stake claim to it,” said IGMC Medical Superintendent Dr Janak Raj. “Social workers, too, need to follow law and procedures,” he added.

Bobby has constantly maintained that efforts have been on by some “powerful political people” since April last year to sabotage the services he had been providing at the hospital and the floating of a tender to hand over the rain-basera to someone else was part of the plot.

The IGMC administration, however, refuted Bobby’s charge that the tender was floated to help an individual affiliated to a party. “The expression of interest was invited for starting a help counter that will provide different services to patients, including lodging and food, on December 19. It was advertised in various newspapers and was uploaded on the IGMC and government websites, too. The process was totally transparent,” said Dr Janak Raj.

Bobby, however, alleged that it was indeed done to bring in a particular person and evict him. “I will like to request both political parties to keep at least hospitals out of politics. Every time the government changes, it appoints its own people at key administrative posts, hampering the smooth functioning of the hospitals,” he said.