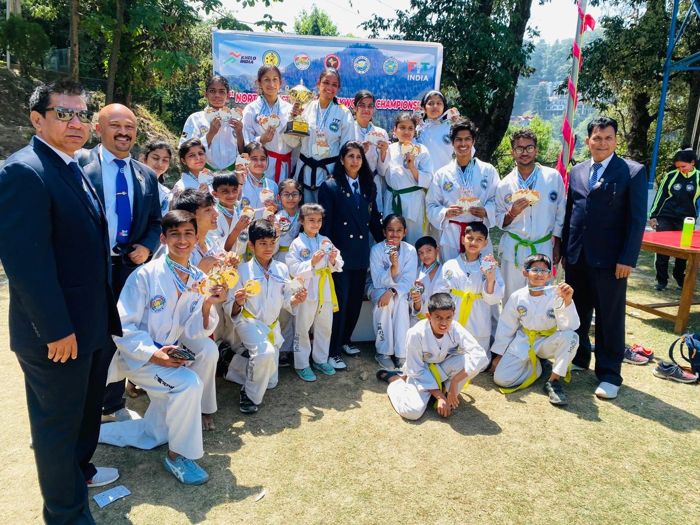 Participants of the Taekwondo championship show medals at Dalhousie on Sunday.

IAF Dalhousie Station Commander Group Caption Pradeep Bhardwaj was the chief guest of the event while the Sub-Divisional Magistrate (SDM) Dalhousie Jagan Thakur was the guest of honour.

The medals were presented to the participants by the IAF Station Commander and the SDM. Organising secretary general of the event Rachana Chourasia Rajendran was also present.

According to youth hostel manager Devinder Sharma, around 300 students in the age group of 5 to 40 years from seven states participated in the event.