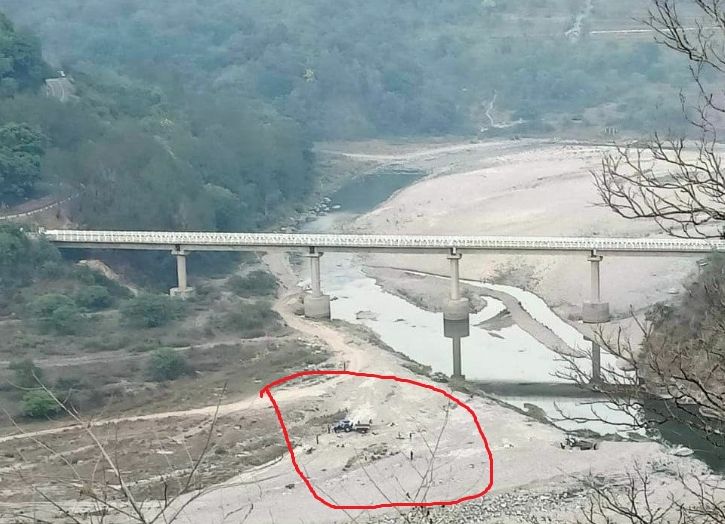 Illegal mining goes on near a bridge at Thural.

Despite the fact that there is a complete ban on mining and quarrying in the Neugal, the practice is rampant in the river. The state government has stayed the allotment of the mining lease on the directions of the National Green Tribunal (NGT), but large-scale illegal mining and quarrying is still going on unchecked in the Naun, Bairghatta Dhook, Dhaniara, Lahar and Umri areas of Thural tehsil.

The government had auctioned sites in Dhook, Dhaniara and Lahar areas in January 2019. The mining lease has been granted only on one site. On the second site, illegal mining is going on in the absence of any check from the mining authorities.

Dozens of tractor-trailers and Tempos can be seen lifting material from these areas situated on the banks of the Neugal river. Though the Mining Department dismantled roads constructed by the mining mafia to river beds many times, these are restored again by the mafia. Lack of coordination between the police and the Mining Department has made matters worse.

District Mining Officer Rajiv Kalia says the documents pertaining to the allotment of the mining lease are at the head office in Shimla.

Official sources confirmed that over 25,000 hectares of land has been affected by mining, quarrying and other activities in Dheera, Jaisinghpur and Palampur subdivisions.