Aided by JICA, to be implemented in 12 disttricts 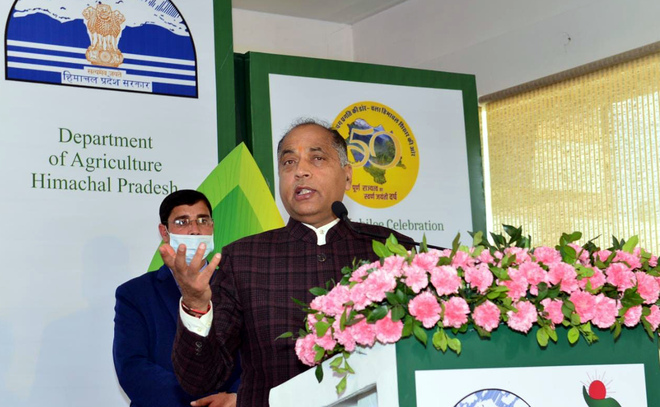 He said that the government was committed to the development of rural areas as more than 90 per cent of the total population of the state lives in villages and about 70 per cent of the population was dependent on the agriculture sector for livelihood. Despite limited financial resources and the slowdown due to the pandemic, the government had launched various new schemes to promote irrigation, agriculture, horticulture, forestry and allied sectors, besides ensuring all-round and equitable development of the state, he added.

The Chief Minister said that the main objective of the project was to disseminate a successful model of crop diversification and increase the area under vegetable cultivation in the project area from 2,500 hectares to 7,000 hectares by 2031. He added that the government was mobilising funds from all possible sources, including the Central Government, external funding agencies like the JICA, World Bank and the Asian Development Bank.

He said that there was a huge potential for the cultivation of off-season vegetables in the region. The state government had created a strong network of market yards to ensure remunerative prices to the farmers, but still a lot more was required to be done so that farmers could have an easy access to markets for marketing their products and getting better prices.

Agriculture Minister Virender Kanwar said that due to the hilly topography, the area suitable for cultivation was less, thus greater stress must be laid on crop diversification to increase farmers’ income. He added that the new phase of the HPCDP would have the JICA loan component of Rs 807.30 crore while the state’s share would be Rs 203.30 crore.

Saito Mitsunori, guest of honour at the dedication ceremony and chief representative of the JICA-India, said that the project aimed at sustainable and climate resilient agriculture development.

To boost socio-economic status of farmers