Dharamsala-McLeodganj roads blocked due to landslides 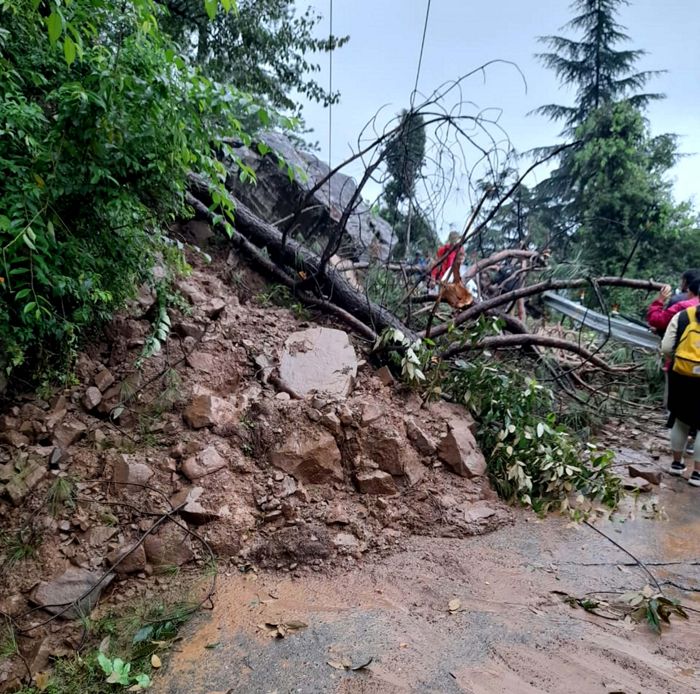 The Dharamsala -McLeodganj road closed due to landslide. Kamal Jeet

Local residents said that the landslide near Jogibara occurred due to illegal dumping of muck by hoteliers. Naresh Kumar, a resident of McLeodganj, said that some hoteliers had dumped construction waste and muck on the upper end of the Jogibara road to create extra parking space. It was an accident waiting to happen, as muck and construction waste dumped along hills flowed down onto the Khara Danda road following heavy rain today, blocking traffic for several hours.

The McLeodganj road near Dharamsala Cantonment is sinking at many places and is prone to landslides. The Army authorities have written to the district administration of Kangra to ban heavy traffic on this sinking road, but in vain. The Pathankot to Kangra main road was also blocked due to a landslide near the Gaggal airport. The Public Works Department (PWD) cleared the muck within an hour, restoring the highway to traffic.