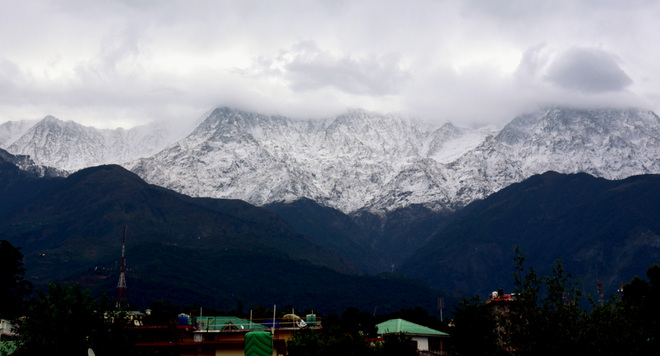 The Dhauladhars in Dharamsala covered in snow on Sunday. Photo: Kamaljeet

The Dhauladhar mountain ranges received heavy snowfall today. It was the first snowfall after which the ranges overlooking the Kangra valley wore the white mantle.

The snowfall brought a sharp dip in the temperatures in the region, signalling the onset of winters. Most of the mountain passes here, including Thumbsar pass into the Bara Bhangal valley and Indrahar pass, received heavy snow.

Besides, the lower areas received heavy rainfall, which damaged paddy crop in lower areas of the district, where it is still being harvested.

Stakeholders of the tourism industry are enthusiastic about change in weather, expecting that the snow-clad mountain ranges would attract tourists in the coming days.