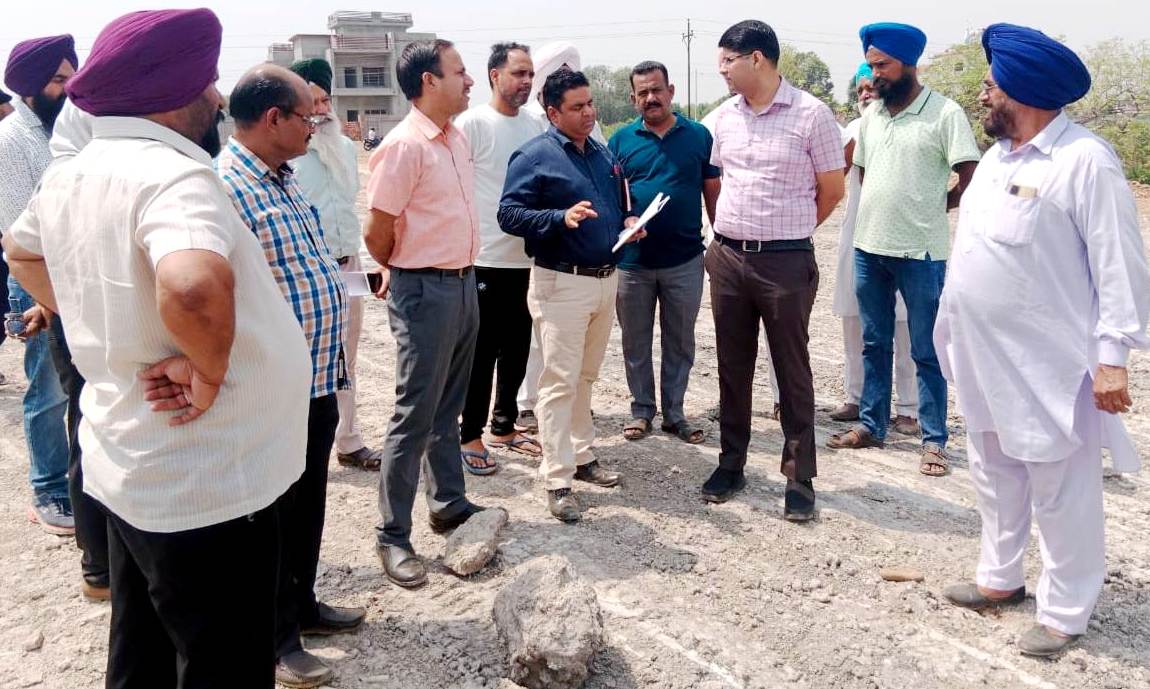 Una DC Raghav Sharma along with other officials at the dumping site of industrial waste in Kshetran village of Haroli.

The DC had received a complaint regarding it. Accompanied by Haroli SDM, revenue and pollution control board officials, Sharma visited the spot and ordered collection of samples of the dumped material for examination at the government laboratory in Dharamsala.

Incidents of illegal dumping of waste from some Nangal-based industrial units have been reported in the past. The National Green Tribunal had taken a serious note of complaints regarding dumping of such material in Sanoli and Majara villages of Una district and had directed the administration to look into the matter.

The owner of the land was not present. The DC said the samples would be checked for heavy metals and other pollutants which could affect the groundwater. He said if the samples proved that the material was toxic, appropriate action would be initiated against those responsible.