Efforts on to produce trout in Chandertal, Sissu lake 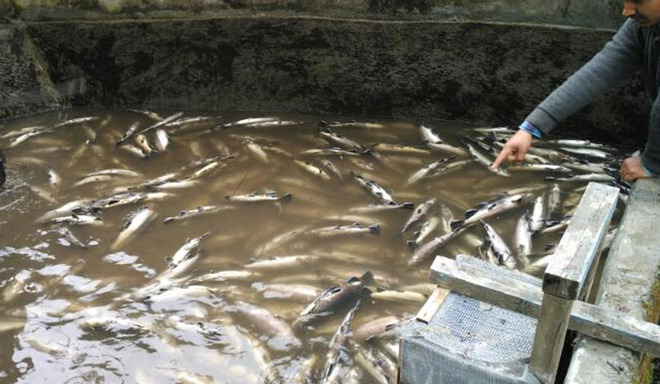 To promote angling tourism in Lahaul and Spiti, the Fisheries Department is making efforts to produce trout fish in the Chandertal and the Sissu lake in the district.

According to the Deputy Director, Fishery, at Kullu, “In the first attempt during the Covid period last year, the department had put around 2,500 fingerlings (fish seeds) in the Chandertal and Sissu lake to produce trout fish. This year, around 3,000 fingerlings were put in these lakes in September”.

We are planning to conduct a study in this region about the possibility of trout fish production. The department is putting fingerlings in different water streams and lakes to promote aquaculture. —Satpal Mehta, Director, Fisheries department

These were experimental attempts on the part of the Fisheries Department to find out the possibility of trout fish production in the region where temperature remains below the freezing point. The fingerlings are growing successfully in these lakes, indicating that the production of trout fish is possible in Lahaul and Spiti, he adds.

Director, Fisheries Department, Satpal Mehta, says, “We are planning to conduct a study in the region about the possibility of trout fish production. However, in preliminary findings, it has been observed that the possibility exists. The department is putting fingerlings in different water streams and lakes to promote aquaculture”.

Meanwhile, residents of Lahaul and Spiti are delighted with the success of the department and hope that it will help in promoting angling tourism in the region.

Nestled in the majestic Himalayan mountains, the scenic Chandertal is situated in the Spiti valley. The lake located at an altitude of 14,100 ft is also known as the Lake of the Moon. It is a favourite among trekkers and campers. This crescent shaped water body has no visible source and gets water from underground.

After the opening of the Atal Tunnel, tourist influx to the Sissu and Chandertal has increased steadily.